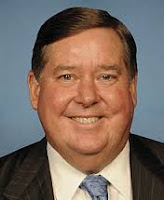 We defeated the Pechanga Tribe that October, despite the bill being written by Pechanga Chairman Mark Macarro’s high priced lobbyist wife.
Now, we are ready to do battle AGAIN, for the rights of those allottees of the reservation that have been disenrolled (stripped of citizenship) by Macarro and his cronies. Macarro has no allotment on the reservation, Neither does Butch Murphy (he who has NO Pechanga blood)
KNOW YOUR NEIGHBOR, who steals per capita, abuses their elders, lies to congress and now...attempting to STEAL WATER... as they did in 2010 and were defeatedDO what is RIGHT MR. CALVERT...DO NOT SPONSOR PECHANGA.
Posted by OPechanga at 5:19 PM

Are they trying to steal again....now?

They are trying to settle an issue, but still think it's ok to dishonor the bands Ancestors with Federall settlements / allottments. The Temecula band of Luiseno Indians is why the reservation was created. Hey, Pechanga, you should honor ALL members of the reservation, even the allottee members and their ancestors before you ask the federal government for more rights than ALL.

This dudes picture looks like he could be related to Robert Schmitt from Pala.

Are you Robert Smiths real DADDY, you look like twin brothers.