INDIAN CIVIL RIGHTS... who give a hoot? Our Senators, Barbara Boxer and Dianne Feinstein don't.    Tribes that abuse their own people certainly don't, unless of course, it may affect them negatively, like, say the Cherokee Tribe who got smacked down for denying rights to their Freedmen ancestors.  The BIA doesn't, as they've either watched violation happen, helped them happen, or made them happen (Chukchansi, Pechanga, Pala, San Pasqual, San Pasqual) 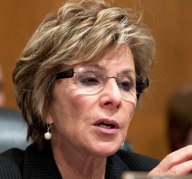 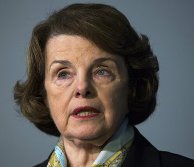 I posted this first back in June 2007 and and it should be printed again as things have only gotten worse since then.  But DON'T WORRY, we have Senators writing letters about nasty name calling, and my own two Senators, Barbara Boxer and Dianne Feinstein, are AGAIN sponsoring a water rights bill for a tribe that violated the civil and human rights of it's people, my tribe, The Pechanga Band of Luiseno Indians, a tribe that ALSO practices Pechanga’s Apartheid and SEGREGATION.  But then, being Democrats, they are from the party of Segregation, so should we expect less?

I hope from what you read here, you do NOT get the impression that we are against tribal rights or gaming. That is not true. The links tell the story of what's happening at Pechanga, Snoqualmie in Washington State and other reservations like Chukchansi and Pala since Indian gaming.

Tribal gaming has helped many tribes in CA, come out of poverty, my tribe, the Pechanga Band of Luiseno Indians included . Many of the Pechanga people are uneducated and I remember they were so excited when they qualified for a Target credit card.

Unfortunately, with success, greed soon follows.  Instead of helping all their people, including those they placed in a membership moratorium hold, who rightfully belonged to the tribe they looked at who they could get rid of to increase their per capita checks.  And, unfortunately, the money hasn't made everyone happy.

But the facts are clear, most tribes have not treated their people as abominably as Pechanga, Redding Rancheria, Picayune Rancheria, Snoqualmie and others have treated their people. In fact it's more like Tribal Terrorism, using fear and threat to keep their voting membership in line.  Remember, too, the fewer voters, the easier it is to control

Reconciling MORAL OUTRAGE at Abusive Tribes Like Pechanga with Self Determination


Here is an excellent article by Sheryl Lightfoot about how to support sovereignty issues, while not supporting the actions when they are morally repugnant, such as Pechanga's disenrollment of 25% of their tribe in order to enrich the remaining members.

First, sovereign nation-states can register a diplomatic complaint with the government of the offending nation-state. This is done all the time in the international system. The U.S. Department of State often drafts and delivers letters of protest to the diplomats and officials of other governments over areas of disagreement. Likewise, the executives of our indigenous nations have the right, if not the moral responsibility, to send letters and make phone calls of complaint directly to the executives of the Cherokee Nation, expressing their concern over the disenrollment decision. This can be done while supporting the inherent right of an indigenous nation to determine its own membership.

Another tactic which can be employed by other indigenous nations or the private citizens of other nations is the art of moral persuasion, or ''moral suasion,'' as it has also been termed. This involves a campaign of exposure and embarrassment. (OP: This is what we've been pursuring for over 10 years now) This tactic has most often been employed in international human rights campaigns, with the purpose being to expose the immoral government action in the media and open up international discussion in order to embarrass the target government into changing its policy to better conform to international norms. This was done in the early days of the campaign against apartheid in South Africa and has been used often by groups like Amnesty International to urge governments to stop human rights abuses. OP: Now, tribes like Pechanga practice APARTHEID on their reservations, and segregation, and right NOW they are working to strip our WATER RIGHTS again, for the 3rd time.

My view is this:

As mentioned on other sites, tribal sovereignty is something that should be nurtured and cherished. Many now believe that the Pechanga Band of Luiseno Mission Indians from Temecula, CA will be responsible for the quick erosion of sovereignty, that tribes have fought for for centuries. The question was asked, "what could be done?".

Frankly, economic sanctions of another nation, plus public embarrassment may be the only course of action that is effective. For instance, in South Africa, it was their SOVEREIGN RIGHT as a free nation to impose apartheid on their country.

What recourse did civilized countries use to bring down this hateful policy? Economic sanctions and world ridicule of the policy. No trade, no travel, no money. Final result, end of apartheid and a welcome back to South Africa into the world community.
Similarly, citizens of the United States (OP: AND California especially) can impose their own economic sanctions on the Tribal Nation of Pechanga by boycotting their nation.

Stop patronizing their casinos, hotel, restaurants and their powwows. Let them know that we do not agree with their system of denying civil rights to their people and until they follow their own tribal law, citizens of our country will NOT support their nation, but will patronize (OP: In other words, support tribal gaming elsewhere) their competitor nations.

Also, letting state and federal representatives know that we expect them not to support a nation that would treat its citizens this way, especially NOT to allow them increased monetary benefits by expanding their casino slot machines. OP: BIA? HELLO? ANYONE THERE? Larry Echohawk, your righteousness is calling, it misses you.

Readers, there are 400 members of the band that were disenrolled and 200 people who are caught in Pechanga's illegal moratorium (illegal in that SOVEREIGN nation, against the sovereign nation of Pechanga's own constitution) Pechanga and its chairman, Mark Macarro deserves no benefit from violations of their laws and against citizens of the United States. Chukchansi has exterminated 60% of it's tribe, Redding 25%.  Elders and children abused by unconstitutional acts under the BIA's watchful eye.

Please ask your friends to read our blog and share it on social media and friends, please let me know your opinion by posting comments.
Posted by OPechanga at 12:56 PM

Didn't someone say that Feinstein's husband was somehow involved with the construction part of many of the Casinos and the remodeling, that would make sense why she would try to help out evil leaders like Macarro in whatever he wants passed. A favor for a favor, they both get what they want and piss on everyone else.

OP, B. Boxer has been hard at work for Pechanga again;

S.1983 - A bill to authorize the Pechanga Band of Luiseno Mission Indians Water Rights Settlement, and for other purposes.

I have not read the text yet.

Someone should ask Jerry Brown why Pechanga is allowed to build a new Water Park feature during the states worst drought ever.? We can't water our yards or wash down anything, yet they can build a water wasting water park and hundreds more rooms?

Pechanga is just copying Harrah's So.Cal with construction of a water park. The last time PDC had an original idea will be the first time.

It's about having enough water to supply the golf course..right?