STOP DISENROLLMENT: When the ACCUSERS are also your JUDGE and JURY, Where is JUSTICE?

My late cousin James Appel wrote this in 2010.  It's an example of what was written before in Like Being Raped and Going to your Rapist for Justice

What happens when people who are your accusers, people that have always hated your family, become not only your accusers, but are also your judge and jury?

It is a fact that our ancestor Paulina Hunter was an Indian that lived in the original Temecula Indian village. She was also recognized by members of that tribe as a member via witnessed and certified documents of that period.

She was evicted along with the rest of the tribe from that village and moved to the area known as Pechanga to live with them. One of the most revered and respected members of the Tribe most recently wrote before his death in a signed and witnessed document stating that he knew her personally as a member of the tribe.

USSC Stand Silent to the ABUSE of Tribal Members By Tribal Governments in Denying Cert For Jessica Tavares vs. United Auburn 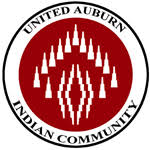 The U.S. Supreme Court on Monday continues to avoid cases involving Native American issues — including one challenging a decision backing the United Auburn Indian Community’s right to banish a member from tribal land

The justices denied a petition for writ of certiorari from UAIC member Jessica Tavares that asked the high court to reverse a split Ninth Circuit panel’s March 2017 ruling that her banishment from some lands on the tribe’s California reservation for a limited time didn’t violate the Indian Civil Rights Act.

Seattle Councilperson DEBORA JUAREZ Speaks out AGAINST DISENROLLMENT. WHO will stand up NEXT?

Disenrollment is a decision to steal from me my own Creator-given DNA, my spark, my own gift. I understand.

Because, as an Indian Mother who gave up an Indian Son, it feels eerily reminiscent of a day 39 years ago.

He was there. Then taken from my arms. Then gone.  I never again had any say.

Disenrollment is like a unilateral politically motivated divorce or forced adoption.  It is like a relinquishment of parental rights, yet with no due process.
Read more »
Posted by OPechanga at 3:30 AM 5 comments:

An August 2007 story in Capitol Weekly still rings true, and sadly, has expanded out of California.
Individual Indian tribes are the sole arbiter of who is and is not a member. But members who are disenrolled from tribes can lose their access to federal benefits, as well, including housing, education, health care and welfare.
Nationwide, thousands of Indians have been kicked out of tribes in recent years. Most of these disenrollments have happened in the years since the advent of tribal casino gaming. Many tribes say their numbers swelled as non-members sought entry into the tribe, and they are dealing with backlogs of illegitimate tribal applicants.
Read more »
Posted by OPechanga at 5:35 PM No comments:

Nooksack Tribal Interim Police Chief Michael Ashby has been named in a lawsuit brought forward by current Nooksack Tribal Council member Carmen Tageant.
The Seattle law firm Galanda Broadman leads the case.
Tageant alleges that Ashby, formerly a police officer with the Ferndale Police Department, physically assaulted and battered her in Deming as she attempted to file for reelection to the council a few months ago.
“As Ms. Tageant approached the front door of the Elections Board Office, defendant Ashby saw her, with application materials in hand, and locked the front door,” court documents state.

Read more »
Posted by OPechanga at 1:53 PM No comments:

Let's begin by saying what must be said:

Pechanga Tribal Chairman Mark Macarro is a strongman and a thug whose authoritarian regime rigs elections, has control of tribal media outlets,  regularly stamps out dissent, invades private property, lies to congress, disappears the opposition, abuses human rights, stinks of corruption and meddles in other nation's sovereignty-- including tribal casino opportunities, where he was the state SPOKESPERSON in pro-tribal casino referendums.

Is that any different that what Putin does in Russia?

We have congresspeople and media up in arms for Trump congratulating Putin on his election victory, yet in Temecula, CA, we have our governor, local and national politicians like Darrell Issa and Ken Calvert and local media like the Riverside Press Enterprise regularly ignoring the civil and human rights violations of their tribal neighbor and attending functions at their casino and accepting ad monies.  Even the DNC and Hillary Clinton were Pro-Macarro.

To add insult to injury, Native American entities that rise up against a nickname, are silent to the abuses of people like Macarro, even honoring them.

There are degrees of sin and crimes, surely, but where does a line be drawn?  How many does it have to happen to, TO BE WRONG?

If you get rid of your opposition and their votes, how can you lose? It's not murder Pechanga members fear, it's losing their share of casino profits, which can leave them penniless.  And Macarro knows it.

Trump phone Putin to "congratulate him on his victory", media pounces after ignoring the fact that Obama did the exact same thing.  Politicians stood up to apartheid in South Africa, yet stand idly by when it's in their own backyard.

Eric Enriquez: BIA ROLLED OUT THE RED CARPET of CORRUPTION at Pinoleville

Eric Enriquez, disenrolled from Pinoleville Pomo Nation, has a brutal essay in the Anderson Valley Advertiser on tribal corruption ,led by charter members of the Original Pechanga Native American Hall of Shame Leona Williams, and their BIA benefactors.

We wrote about Pinoleville and their termination of the Tillie Hardwick family almost a DECADE ago...

In the article, Enriquez writes:
Read more »
Posted by OPechanga at 2:41 PM No comments:

New Scholarship on California Mission System: The TRUTH is being EXPOSED...the CHUMASH Rebellion

Such an an interesting, untold story of the abuses suffered by California's Native American tribes under the mission systems that those sugar cube mission models never tell.

The salmon-hued tower of Mission La Purisima looms over the pastoral grounds near Lompoc where generations of California fourth-graders field trip each year to learn about the state’s mission era and the people who called Purisima home centuries ago.

But life at the mission wasn’t always so serene. Forced hard labor, deadly outbreaks of disease, and the prohibition of native languages were the reality for the Chumash Indians who lived there.


For anyone who visits La Purisima on March 16, the day marks the anniversary of a bloody battle.

Read more »
Posted by OPechanga at 8:15 PM No comments:

My friend, Cherokee genealogist Twila Barnes, who writes the blog Thoughts from Polly's Granddaughter was on nationally televised show Tucker Carlson Tonight explaining how her work on Elizabeth Warren's ancestry, which you can find HERE, proves she is NOT Cherokee.

Let's hope other television shows want to get to the TRUTH, about Elizabeth Warren's IDENTITY THEFT.

Almost a year after being called out for "abuses of power," the Nooksack Tribe has won recognition of its leadership amid a long-running disenrollment dispute.

The Trump administration on Friday affirmed the results of a recent election in which voters filled four vacant seats on the council. The move marks the first time since 2016 that the tribe, based in Washington, has had a valid governing body.

"The Nooksack people have spoken and we look forward to continuing our responsibility to serve our people," Chairman Bob Kelly said in a news release after the tribe received word from the Bureau of Indian Affairs.

Read more »
Posted by OPechanga at 1:23 PM No comments:

THANKS ROBERT SMITH, Mark Macarro is kicking your ass in the business arena.  Two titans of disenrollment in business clash, PALA on the losing end.....

Elizabeth Warren : NO DNA TEST! NO 23 and Me! And NO HELP to "Other" Indians

Is Warren's lies really important? Yes, because as a Native American, you'd think she'd stand up for those of us who have been harmed by both the BIA and our own tribes.

In the Cobell suit the BIA was accused of mismanagement on Individual Indian Money accounts. Has Warren looked out for us?

The BIA shifts positions depending on the situation. Mostly the agency pretends it has no obligation to individuals, but when issues escalate it becomes clear that individual Indians have interests in land, assets, and resources just as tribes have. Has Warren done ANYTHING to PROTECT OUR ASSETS from tribes?

Individual Indians also participate in federal programs and receive services and benefits just like tribes. Yet Warren REFUSED to meet with Cherokee, with Natives at Harvard and has NEVER responded to our emails requesting help.

Sen. Elizabeth Warren, D-Mass., argued that her family’s claim to Native American ancestry is an indelible part of who she is — something that can never be taken away.  OP:  Old wives tales are NOT the truth ...of Cherokee Heritage.  Her GENEALOGY has been done..by CHEROKEE genealogists including TWILA BARNESWarren defended herself on NBC’s “Meet the Press with Chuck Todd” Sunday morning when asked what she thought about taking an easily accessible DNA test, such as those offered by 23andMe or Ancestry, to settle the ongoing controversy over her heritage.

Rather than address that question specifically, Warren told a story about how her mother and father, born and raised in Oklahoma, met as teenagers and fell head-over-heels in love. Her father’s family was bitterly opposed to their relationship, she said, because her mother was part Native American, but the couple eloped and persevered.

“That’s the story that my brothers and I all learned from our Mom and our Dad, from our grandparents and all of our aunts and uncles. It’s a part of me, and nobody is going to take that part of me away — not ever,” Warren said.

After hearing this story, Todd returned to his initial concern: Why not do genealogical research or take a DNA test to find out her actual heritage? What’s wrong with knowing whether her family’s story was the truth?

“I do know. I know who I am. And never used it for anything, never got any benefit out of it anywhere,” she said.

California Governor, Jerry Brown, railed against a "fellow from Alabama" going after illegals and suing California for acting outside of federal law.

That's RICH.  Jerry supported APARTHEID in his state, or rather, an APARTHEID practicing tribe. 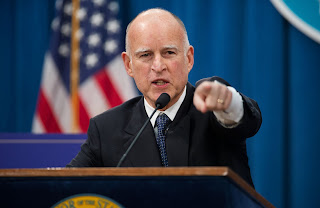