HOPLAND Tribe & Robinson Rancheria May Have Casinos SHUT DOWN

The Press Democrat has the full story on this here

Five Indigenous California tribes, including two based in Mendocino and Lake counties, are locked in a legal dispute with Gov. Gavin Newsom’s office over renewing their gambling compacts with the state.

The outcome of the case, experts say, has potential implications for every California tribe that holds casino rights.

Blackfeet Law Enforcement Services and the Federal Bureau of Investigations on Thursday morning executed a federal search warrant at a residence owned by Tribal Chairman Timothy Davis, according to a news release.

Blackfeet Tribal Prosecutor Josh Lamson, said that despite some rumors, the chairman was not arrested.

"To my knowledge, he was not present," Lamson said.

Posted by OPechanga at 3:22 PM No comments:

As Native American advocacy groups show depraved indifference to to octogenarians being thrown into the cold, and their homes stolen, noted attorney Gabriel Galanda was also left outside facin a warning for trespassing.

If what the corrupt Nooksack tribe was doing was just, wouldn’t it stand up to anything an attorney would have say?  Why is the Nooksack acting under cover?

Not much has changed since this Onell Soto article came out in 2007.  KNOW BEFORE YOU GO.

Nellie Lawrence of San Carlos displayed photos taken when she was hospitalized after she was knocked down by a man running in Barona's casino. The deals that California Indian tribes signed with the state for Las Vegas-style casinos require them to pay “all legitimate claims” from people who have been injured.

Critics say not all tribes are living up to the spirit of such agreements, and some lawyers say the system is rigged against them and their clients.

SEE: The late Richard Swan, was a victim of Pechanga Security guards BEATING...

The agreements with the state require tribes to waive sovereign immunity – the right of governments to be shielded from lawsuits – but the way that happens varies.

Thankful that my cousin Kent, who has written guest posts for me is back to writing.  He also wrote a wonderful song on disenrollment you can watch on YOUTUBE

NO DUE PROCESS FOR DISENROLLED INDIANS

On June 30, 2021 the New York Times reported, “Bill Cosby was released from prison Wednesday after the Pennsylvania Supreme Court overturned his 2018 conviction for sexual assault, a dramatic reversal in one of the first high-profile criminal trials of the #MeToo era.”

Last year the state Supreme Court had ruled Cosby's prosecution violated "principles of due process and fundamental fairness." The state judges said, "prosecutors generally are bound by their assurances, particularly when defendants rely to their detriment upon those guarantees." This week the Unites States Supreme Court decided to not hear the appeal of the state prosecutors thereby letting the overturning of Mr. Cosby’s conviction stand.

The purpose of this article is not to comment on whether Mr. Cosby is guilty of being a sexual predator or not but instead it is to compare how Mr. Cosby was let out of jail because his rights of due process were violated and compare it to how disenrolled Native Americans were denied the same due process rights that are supposed to be afforded to all American citizens during the kangaroo court proceedings that resulted in our losing our citizenship in our tribal nation.       OP:  Ironically, Bill Cosby stood against DISENROLLMENT at Chukchansi, refusing to perform there.

The tribal legal department and even Indian legal services were no help in these matters and neither was the tribal council. This first disenrollment challenge was not allowed as obviously nothing had been shown that would be cause for disenrollment.

Fast forward to 2005 when we the Hunter family of Pechanga were served with disenrollment papers to appear in front of the enrollment committee. At the hearings we were not allowed legal representation to appear with us, we were not told why the applications we had originally submitted for membership did not prove tribal membership even though the disenrollment procedures clearly stated the committee was required to do so.

The committee said nothing about why were being disenrolled and the only so called evidence against us were statements by three elders who said we didn’t belong. Not surprisingly one of the statements was by the brother of two of the committee members our family member had accused of wrong doing. Those committee members were allowed to rule on our case even though any fair and reasonable legal proceeding would not have allowed them to do so due to conflict of interest and prejudice against our family. A pure case of unfairness and lack of due process!

We were given a month to turn in documented proof of tribal membership which all had to be certified or notarized while the statements against us were not certified or notarized. By the way, the statements against our membership, again the only so called negative evidence, was contradicted by statements by three other elders who said they have always recognized us as Pechanga tribal members. Their positive statements confirmed what the documentation of census records, probate records for our land allotment, as we are still allottees on the reservation, and what other documentation showed.

Ironic that Bill Cosby was convicted as a sexual predator but his conviction was overturned because of unfairness of the proceedings while we lost our citizenship in our tribal nation through disenrollment and one of the statements against us was a hand written note from a convicted child molester that was sent from prison where he was serving out a seven year sentence.

So Cosby who was likely guilty gets set free while we who are innocent get to pound sand.

How fair is that?!

MARCH 2004 the Pechanga Band of Luiseno Indian's Enrollment Committee authorized the first mass disenrollment of a Pechanga Family, the descendants of Manuela Miranda.  This was purely a POLITICAL action, as a cousin to Miranda, Frances Miranda was one who voted to disenroll, her OWN FAMILY.

Manuela Miranda
You can read the chronology of the Pechanga Disenrollment actions at this post:  Pechanga Indian Removal Acts it's a sordid list.

As I mentioned above, some family were removed others weren't touched.  Read how Law & Rules Apply to SOME in Disenrollments, not all

John Gomez Jr found the Pechanga Enrollment Committee was shuffling papers from the Tosobol family applictions.  The EC didn't want 80 or so rightful candidates to belong to the tribe, even though their Munoa cousins were in.   An excerpt from a Vince Beiser piece on the disenrollment is here   Pechanga's Paper Trail of Tears

The disenrollment of Manuela Miranda descendants happened just before tribal elections, the timing was NOT coincidental.  The same will happened two years after this disenrollment, with the expulsion of the Paulina Hunter descendants, which we will document in a subsequent post.

My cousin Kent Appel, whose song Paper Genocide, laments the disenrollment,  lays out the tribe's constitution on this:

Article V of the Temecula Band of Luiseno Mission Indians’ constitution and bylaws, sometimes referred to as the Pechanga Band of Mission Indians (title from the Band’s constitution and bylaws preamble), states the following“IT SHALL BE THE DUTY OF ALL ELECTED OFFICERS OF THE BAND TO UPHOLD AND ENFORCE THE CONSTITUTION, BYLAWS, AND ORDINANCES OF THE TEMECULA BAND OF LUISENO MISSION INDIANS; AND, ALSO TO UPHOLD THE INDIVIDUAL RIGHTS OF EACH MEMBER WITHOUT MALICE OR PREJUDICE.”So how was allowing biased enrollment committee members with a clear conflict of interest who were very close relatives of key witnesses against the disenrolled and who made statements prior to the disenrollments such as, “it doesn’t matter what you turn in you are being disenrolled anyway,” not a violation of the Band’s equal protection clause under Article V and how did the families get due process?

Tribal Disenrollment Retrospective: The Confederated Tribes of Grand Ronde Ninth in a Series 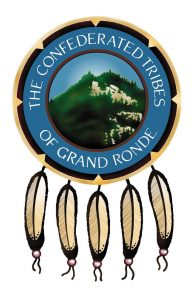 Amazing story of disenrollment, struggle, using the law to reap justice and VINDICATION.  NPR had a story on it too:

More in this article we posted in 2015

GRAND RONDE, OR – The Confederated Tribes of the Grand Ronde Community of Oregon Tribal Court has upheld the disenrollment of 86 Grand Ronde Indians.  The terminated members each descend from Chief Tumulth, signatory of the Treaty forming the Tribe.
Read more »
Posted by OPechanga at 6:10 AM 1 comment:

OKLAHOMA Is Ground Zero for Freedmen Citizenship and JUSTICE 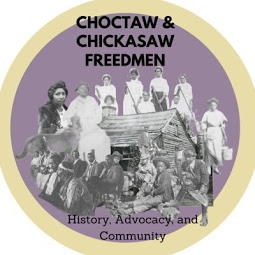 Excellent article on the quest for Justice for Freedmen of the remaining Five Civilized Tribes after Cherokee Nation has done the right thing.

And excerpt here but the full article at  NONDOC

n 2016, LeEtta Osborne-Sampson, a council representative of the Seminole Nation who is Black, approached some colleagues about a disturbing picture hung on the wall of the Mekusukey Mission, which is used as the Seminole Nation council house and courthouse.

“It was a Black man sitting under a tree,” Osborne-Sampson said. “This Black man had a cloak over his head, a noose around his neck and his hands bound and his feet bound.”

Osborne-Sampson went to the Seminole Nation chief at the time, Leonard Harjo, and asked for the painting to be removed.

“You can’t get that removed,” she says Harjo told her. “It’s history.”

Read more »
Posted by OPechanga at 4:48 AM No comments:

Genocidal China Calls What U.S. Did to Native Americans Genocide

China should know, as we've seen them doing this to Uighurs. And this century in Native America, it's the paper genocide BY Tribes via disenrollment  China said something similar in 2011  China Tells U.S. to Quit as Human Rights Judge

Native News Online has the story:

Former Hunter Biden business partner Devon Archer will do prison time for a scheme to bilk the Native American tribe out of $60 million. 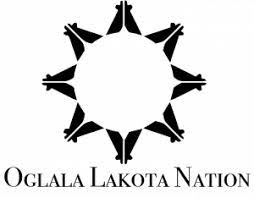 Devon Archer on Monday was sentenced to a year and a day for attempting to defraud one of the poorest tribes in the nation, the Oglala Sioux in South Dakota.

Read more »
Posted by OPechanga at 4:30 AM No comments:

The hatred and depraved indifference has reared it's ugly head from the Nooksack Tribe.   The news from the Pacific Northwest is that the delayed evictions of elderly Nooksack 306 are resuming.

IF the disenrolled are counted as enrolled,
it's FRAUD

In June 2020, we asked if Disenrolling Tribes Fudging the Numbers for CARES Act  At last nights State of the Union 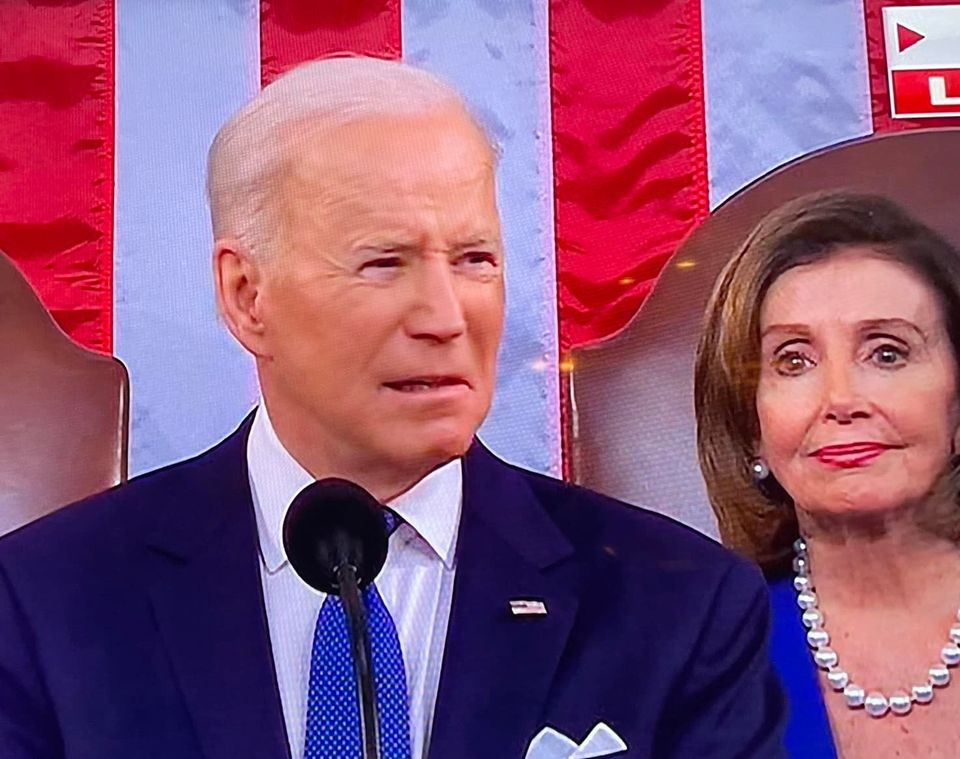 “We’re gonna go after the criminals who stole billions of relief money meant for small business and millions of Americans,” Biden said during his State of the Union address.

Read more »
Posted by OPechanga at 4:40 AM No comments:

Email ThisBlogThis!Share to TwitterShare to FacebookShare to Pinterest
Labels: Corruption

My compatriots from the disenrolled Saginaw Chippewa have responded to my retrospective on their disenrollment and asked me to post this.  Of course I will.  Won't you share it to help?

Rest in Peace Aunt Dolly Holzhausen who always supported Original Pechanga Blog on her Facebook.  If you need a picture or have what disenrollment means spelled out, HERE IT IS The faces of the disenrolled, speaking more than words ever could.

They are real people, proud people. Strong people, fighters for what is right and just, walking the path with dignity and honor. As indigenous people they follow the Grand Father’s teachings, believe that we are all interconnected, and that through tradition and culture that we gain our strength.