CAN the CHUKCHANSI tribe AFFORD to pay jackpots?  If they will cheat their OWN people, cheat their landlord...won't they cheat their customers?

Doesn't anyone ELSE wonder  WHERE IS THE MONEY? at the Picayune Rancheria of Chukchansi Indians?   We know there is $49 million or so missing from their coffers, money that should be going to programs for the tribe. 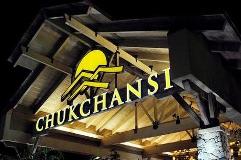 NOW, Marc Benjamin of the Fresno Bee has the story of them being stingy with the RENT.

A lawsuit, filed Oct. 28, said the tribe hasn’t paid $749,699 in late rent and interest dating back to April 2014 under its lease with River Palm Partners, owners of the River Bluff office park at 8080 N. Palm Ave. that overlooks the San Joaquin River bluffs.

Reggie Lewis' faction signed the lease AND a waiver of sovereign immunity:

A key issue in the updated lease is a “limited waiver of a claim of sovereign immunity” that the tribe agreed to.
“Otherwise we would not be able to sue them,” said Douglas Thornton, lawyer for River Palm Partners.
POOR REGGIE:

Lewis said he resents being blamed and said the new council has had nearly a year to resolve the lease issue with revenues from the casino. Those revenues weren’t available earlier, he said, and thus bills went unpaid.

Posted by OPechanga at 9:26 AM

Shut this place down for NIGC, do something for once; rather than be bought off.