CNO Attorney General Hembree: I DO NOT INTEND to FILE AN APPEAL 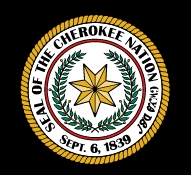 “The issues in this case first arose nearly 40 years ago, and I am grateful to finally have a ruling on the core legal issues that we presented to Judge Hogan in 2014. It was always my goal to present these arguments before the Court and get a final decision that was binding on all parties.

“The Cherokee Nation respects the rule of law, and yesterday we began accepting and processing citizenship applications from Freedmen descendants. I do not intend to file an appeal.

“While the U.S. District Court ruled against the Cherokee Nation, I do not see it as a defeat. As the Attorney General, I see this as an opportunity to resolve the Freedmen citizenship issue and allow the Cherokee Nation to move beyond this dispute.

My office will work tirelessly to thoroughly review this decision and its legal ramifications, and will move forward in a way that best serves the interests of the Cherokee Nation and its citizens, including Freedmen descendants.” -30
Posted by OPechanga at 6:25 PM

AMEN! Honor the #TRUTH and it sets us free. Our Ancestors suffered the outsiders who tried to take over,Thank you fall you did. We need to love today and move on as one again.