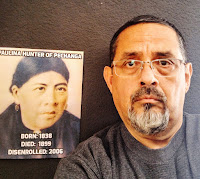 Indian Country websites are growing rapidly and Original Pechanga Blog is #1 of the   top Pechanga websites.  The 13 year old website was ranked low at the beginning, but with tribal disenrollment and civil rights abuses by tribes growing, so has this blog.  Mentioned and linked prominently by Indianz.com, Voice of America, Slate, and published in Indian Country Today on disenrollment, tribal corruption and civil rights abuses.

The Pechanga Resort & Casino website is moving back up the rankings after re opening their casino, with limitations

Primarily focused on Indian Gaming, this site run by the current Pechanga Chairman Mark Macarro's cousin, has lost it's luster as many established websites do.  Know for censoring negative news on Pechanga, Pechanga.net is still widely seen by international readers.   Prominence fades, but is also cyclical.  It will return.

CONGRATULATIONS to PECHANGA for giving the internet audience a diversity of options
Posted by OPechanga at 10:43 AM