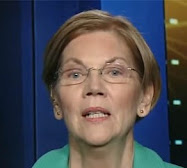 After decades of appropriation of Native ancestry exposed by Cherokee genealogist Twila Barnes and detailed on her Polly's Granddaughter's website, the Native American Caucus of the Democrat Party invited her to speak.

WTF?  There weren't enough prominent Native Americans to speak? Before she took the stage, the chat room for the DNC remote-video event warned viewers to not criticize Warren over her heritage.  NO "High cheekbones" references?  LOL
Are we REALLY to believe Senator Warren cares about Natives?  Where has she been on the #stopdisenrollment issue, the stripping of tribal ciizenship of Native people

Native Americans can forgive. Elizabeth Warren apologized to Native Americans for appropriating and benefiting from the Native heritage she falsely claimed.  She took CHEROKEE heritage, yet didn't apologize to CHEROKEE until later.  That's admission she thinks "all Indians are alike" in my book.

But the VERY next day, the day apartheid supporting Kamala Harris was nominated for Vice President,  Senator Warren spoke at a school, with many visual (subliminal) product placements, You can read all of them at this Twitchy post,  NOT ONE reference to Native Americans,  NOT ONE,  Even in the artwork by kids...is their an expiration date on her political opportunism?

All the evidence says yes.   So, it was stagecraft with the Native American caucus, but epic stagecraft fail the very next day.

Posted by OPechanga at 1:46 PM