ARREST MADE in PALA Reservation MURDER of Carolyn Cagey.

Deputies arrested a suspect Tuesday in the fatal shooting of a woman at the Pala Indian Reservation on Martin Luther King Jr. Day.

Milton Trujillo, 34, was taken into custody in front of a store in the 44200 block of 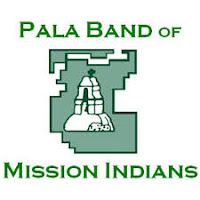 Margarita Road in Temecula, according to sheriff's officials.

Trujillo allegedly gunned down an acquaintance, 43-year-old Carolyn Cagey, with a pistol in an open lot in the 2900 block of West Pala Mission Road about 3 a.m. Monday. Cagey died at the scene, Lt. Kenn Nelson said.

The motive for the slaying and the circumstances that preceded it were unclear, Nelson said.   Investigators allege Trujillo shot Cagey multiple times while she was sitting in a parked vehicle outside her residence on West Pala Mission Road

Maybe she had something to do with the Murder of Milton's Brother last March.

Wow, another Cagey was shot and killed in Saboba, he was Carolyn's nephew.

Three members of the same family die within a three week span.
First was Lucinda Cagey, then her Mother was killed the gay after her daughter buried, and now Kyle Cagey was killed in Sabobba a couple of days ago.
There must be some bad medicine on this family, or someone has targeted them and put some bad karma on their heads.
That's what happens when you piss off your Ancestors and use lies against them.
Karma has a very far reaching arm when it starts it will not stop until it runs its coarse.
Hope it doesn't forget to get Smith and Nieto also.