Mark Zuckerberg is officially dropping the lawsuits he filed against hundreds of Hawaiians that would compel them to sell their inherited "kuleana" land.

Zuckerberg and his wife Priscilla Chan announced the news in an open letter printed in the Kauai newspaper The Garden Island on Friday. 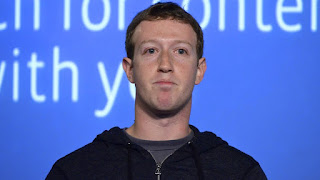 "We've heard from many in the community and learned more about the cultural and historical significance of this land," the Facebook CEO wrote. "Over the past week, we've spoken with community leaders and shared that our intention is to achieve an outcome that preserves the environment, respects local traditions, and is fair to those with kuleana lands."

Zuckerberg's decision to drop the suits comes on the eve of a protest that his neighbors had planned to take place at the six-foot wall he erected last year, along part of his 700-acre estate on Kauai.
Posted by OPechanga at 4:34 PM