Our friend, Dr. Kenneth Hansen was kind enough to write this piece of the Cedarville Rancheria Murders and how tribal disenrollment led to this heinous act of political violence.   He was called as a witness for the defense.  I asked for his input and here is his experience.  Thank you Ken.


On February 20, 2014, Cherie Lash-Rhodes shot and killed four people, and attempted to kill two more by stabbing them with a kitchen knife when her gun jammed. The incident happened at a hearing held at the Cedarville Rancheria tribal government office, located some distance from the actual 32 acre Rancheria in Modoc County, near the California-Oregon border. The entire episode was captured on security cameras. The hearing—the first and only ever held by the tribe’s ad hoc tribal court—was called to evict Ms. Rhodes and her son from tribal housing. It was also reported in the news media that they were denied annual payments in the thousands, which came from a special dispensation fund financed by virtue of tribal gaming compacts in California.

The term used at Ms. Rhodes’ murder trial was banishment. However, to me banishment denotes a temporary condition, even if someone is banished for a lengthy period of time. Ms. Rhodes and her son were by definition disenrolled, as they lost all privileges of tribal citizenship, including personal and real property rights, political rights, association, as well as due process, permanently. For all intents and purposes they were terminated and dismembered from the tribe and the tribal community. This followed on the heels of a recall effort mounted against Ms. Rhodes and her son, who had served as tribal chair and vice chair, respectively, amid embezzlement allegations put forth by her brother, Rurik Davis. Davis would be her first victim, and was killed instantly by a bullet between the eyes.

I was called by the defense team to testify on December 15, 2016, about how disenrollment or banishment might motivate someone to commit such violence. A change of venue had been granted to move the trial to Roseville, in Placer County, just outside of Sacramento. The entire tribe, consisting of some 30 people, came down for the trial. The incident was still clearly fresh in the minds of the surviving victims and the tribal community. 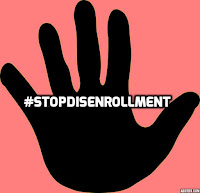 The day I testified was one of high drama and emotion. Cherie Rhodes took the stand in her own defense. This was a very risky strategy for the defense attorneys to use, but they felt like they didn’t have anything to lose. Her testimony was purportedly the first time she had shown any remorse. As Ms. Rhodes testified, I sat outside. I was not allowed inside the court prior to my own testimony, and I had been asked not to speak with anyone from the tribal community or the jury. Though I couldn’t hear anything, I could feel the raw emotion coming from the courtroom as I sat by myself. Waves of sadness and grief passed through me. When the prosecution showed the video of the incident, people from the tribal community began to come out of the courtroom. They were reliving the incident and were once again stricken with pain at the loss of their loved ones. One woman was inconsolable.

When it was my turn to be cross-examined, the Modoc County District Attorney asked me how I was feeling that day. I truthfully responded that I was sad. The incident was clearly a tragedy for all concerned. The prosecutor then wanted to know why the defendant took the law into her own hands, instead of perhaps filing suit in federal court.

My response was that there is no recourse in federal court for those who have had their civil rights violated by their tribal governments. I explained how the congressional intent of the 1968 Indian Civil Rights Act had been watered down by the 1978 Santa Clara Pueblo v. Martinez ruling and its interpretation of tribal sovereign immunity, and blasted the BIA’s inaction, both of which have effectively cut off any potential avenue of redress for the estimated 12,000 people who have been disenrolled from their tribes. When once again questioned by the lead defense attorney, I remarked that the only real recourse for tribal members is for there to be language in tribal constitutions that either prohibits disenrollment, waives tribal sovereign immunity, or grants the BIA special adjudicatory powers in such cases. I have actually authored such language for the Chalon tribe’s constitution in my capacity as tribal staff. I testified that I am willing to share such language with any tribe that wants it.

In the end, Cherie Lash-Rhodes was convicted of first degree murder and sentenced to death by the jury. In California that means life in prison and a lifetime of legal appeals, recent voter-approved reforms notwithstanding.

Why did I testify, one might ask? First, I wanted there to be a public record in the state court system of the civil rights abuses perpetrated by tribal governments against their own people, and the possible effects of these practices, which can include political violence and assassinations of the kind perpetrated by Ms. Rhodes. It’s a wonder this hasn’t happened more often. Second, everyone deserves an adequate defense when accused of a crime. I hope I was able to help in that regard. Third, I wish for the Cedarville Rancheria tribal community to be able to heal. Adjudicating the matter, even though there are automatic appeals in death penalty cases, will help to put it to rest and help bring closure to the victims. And finally, I wish to see an end to the practice of disenrollment in Indian Country.

Kenneth N. Hansen, Ph.D., is a Professor of Political Science and American Indian Studies at California State University, Fresno. He is co-editor of the book The New Politics of Indian Gaming (2011, University of Nevada Press). Dr. Hansen serves the Chalon Indian Nation of California as their Tribal Legal Consultant.
Posted by OPechanga at 7:50 PM

I do not blame Mrs Cherrie Rhodes for committing murder,There are many people on California reservations who deserve to get shot "Right between the eyes"..From a Snipers Bird's eye"Especially them who Commit child molesting and Incest crimes.. further Corrupters against there own "People".. Mrs Rhodes must of thought this was the proper thing too do at the time..."Maybe for legacy sake.."She will live in the Inside world and a hailed Great for Standing up for her "Rights". And not letting her Tribe...Punk her...
".. Especially those who "Commit" Child molesting Crimes

"It's a wonder this hasn't happened more often." I concur.

So are you saying murder is okay and child molesting isn't? That is unless you kill a child molester? This is a strange mixed message.

The prosecutor asks why the defendant took the law into her own hands instead of filing suit in federal court. This prosecutor could write jokes for Jimmy Fallon. Seriously. File suit in federal court against tribal leaders for banishment? Here is the missing punch line. Instant dismissal and about $25k out the door in legal fees. Not the best choice for someone who has just lost all tribal benefits.

At least in federal prison there will be really good eats as compared to commodity food. They call it commodity food because it is fit for the commode. Maybe I should write for Jimmy Fallon.

Screw the corrupt leaders, this woman deserves a statue of herself at the White House.
At least she had the balls to stand up to the evil doers and not hide behind a rock like most are doing today.

I called it, sadly, "the deadly trend of disenrollment:"

Remember, Aguayo v. Jewell is on the conference calendar this Thursday, 1/19 of the US Supreme Court.