Who is Ryan Robinson and Why Did Pechanga Put Him in Charge of Tribal Funds? 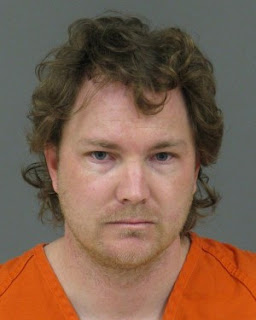 Ryan Robinson went from being the Casino's Chief Financial Officer to the Pechanga Band of Luiseno Mission Indians CFO.

Paul Del Vacchio, 39, of Murrieta was financial controller for the Pechanga Band of Luiseno Indians' casino, and allegedly funneled $489,000 into his personal bank account over the last two years, a sheriff's spokesman said.

Someone who had this cloud, was then placed in charge of the Pechanga finances? WHY

Who in the tribe stood to gain from a guy who managed a person who skimmed from the tribe and then later, has a relationship with a PDC officer, and then allegedly skimmed or got kickbacks from an insurance fraud scheme?

What money is still owed to the state in income taxes by this illegal venture and did anyone else benefit from the money Riley and Robinson took?
Posted by OPechanga at 12:43 PM

As one of the survivors of this ordeal I would like to post a comment as well. Pechanga is a crime family. Why was a young man at 28 years old with basically no casino experience rushed into such a glitz and glamour position? I would not want some kid with a bachelor's degree heading my billion dollar operation. I will also let you know the name of a woman who led him to his fall: a tribal member by the name of Michelle Powers Schilder. She introduced him to methamphetamines and assisted him in the destruction of his life, family, and career. Strange how once she was told to no longer have relations with him he no longer had a job and is now sitting in jail with absolutely no money to his name and where is she? Has she made a visit to the man she destroyed and supposedly loved? Hmmm. My best friends are native americans...where I am from that is a respectful name. Pechanga has no integrity and therefore the people that reside in this little corrupt sector bilking billions of people with a gambling addiction may be referred to as indian a term that does not command respect. Back in the day there was a cartoon called where's waldo...Where is Michelle Kay? I would like an answer to that after this nightmare I did not sign up for. My life was threatened by this tribe. That did not make the news. Pechanga is missing a couple bucks and people get thrown in jail. What you put out there you will get back. I have waited 8 long years, and God is bigger than any of these amoebas. It won't be pretty my little indian friends.

We KNOW that Michelle, her MOTHER and her UNCLES worked hard to get families terminated from the Pechanga Tribe.

Never ONCE did Michelle stand up for what is right to the general membership.

She works hard because she now makes $360 THOUSAND dollars in per capita, after she helped/aided/abetted in two families of 230 people get kicked out of the tribe.

Did she tell you that because of her actions, elders go without health care, youth without the educational assistance they deserve and that others are still out of the tribe, KELLY?

She cheats on her husband with this guy and then crys out that she didn't know? She never asked, HOW WAS YOUR DAY?

Your friend Michelle Markstrom is part of the CPP. Check around this blog for either Corrupt Pechanga People or their term Concerned Pechanga People and learn more about what your FRIEND is capable of.

She's part of a group that has STOLEN over $200 million from us. Robinson has a little dick in comparison to Michelle's thievery

Kelly, it's honorable of you to stand up for your friend.

It's not so honorable, what your friend did to hundreds of people.

I hope you can see the differences between you and Michelle Markstrom and her family.

Did Michelle also share her Herpes virus with you? She shared it with Ryan. How amazing is she now? Could you imagine if she was kicked out of the tribe? Who would pay for her medication?

I honestly don't know if Ryan is guilty or innocent or that Michelle knew anything about what happened about the theft from the tribe or not.

I also don't know if Michelle personally was against us the Hunters when we were disenrolled.

But I do know at least one of her uncles led the charge against our family, which were kicked out of the tribe in 2006 based on flimsy hearsay so called evidence and without any resemblance or due process of law and that her mother Linda, while working as a secretary for the enrollment committee, was quoted as saying before our disenrollment, "it doesn't matter what the Hunters turn in as they are getting disenrolled anyway."

One thing I do know about Michelle, even if as her friend says she is a good person, is that she did nothing to stop the injustice that has happened to hundreds of her fellow tribal members, which she would see was wrong if she knows the facts.

Just the fact alone that the whole tribe voted in 2005 to end all disenrollments should be enough for Michelle and all of the "good people" of the tribe to know that it was wrong to illegally disenroll us the Hunters in 2006.

So Michelle if you really are a decent person, then why haven't you spoken out about the violation of tribal law that happened when we were disenrolled?

Pechanga is being robbed by their own employees

Michelle Markstrom is just a typical white Indian. Just look at her and if you know her she thinks like one and if you listen to her, she sounds like one.....Just go and ask Jennie Miranda.

spot on with this write-up, i like the way you discuss the things. i'm impressed, i must say. i'll probably be back again to read more. thanks for sharing this with us.

Nice post.Thank you for taking the time to publish this information very informative! So happy to be given a privilege to post a comment here.

I really enjoyed reading your article. I found this as an informative and interesting post, so i think it is very useful and knowledgeable. I would like to thank you for the effort you have made in writing this article.

Every person has the passion in any aspects or things. If you love something and it came in front of you it completes your day and your mood turns into something you won't expected. I love your work and I want to read more about it. Visit my site if you have time . Thank you.

I enjoy reading your articles. You really have a wonderful blogs. Keep up the good work. Thank you also for the information!