Senator Inouye Speaks at Pechanga To Those Who Pay $500 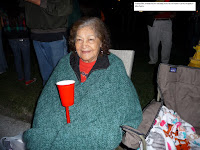 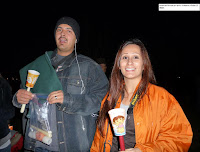 Senator Daniel Inouye Speaks at Pechanga to those who paid over $500 to hear him. He nor his staff couldn't even give the common courtesy of reply to our many letters asking for a meeting.

It has been awhile since I have had the honor of spending some time with my dear friends from Indian country, so I would like to begin today by assuring you that even though I no longer serve in a leadership capacity on the U.S. Senate Committee on Indian Affairs, you have never been far from my mind, and you are forever in my heart. I may have assumed new responsibilities in the Senate – and while it is true that my service as Chairman of the Senate’s Committee on Science, Commerce and Transportation had consumed a great deal of my time – my dedication to your cause has never waned.

And now, as the 111th session of the Congress gets underway, I have moved into an arena – as Chairman of the Senate Appropriations Committee – that promises to be even more demanding of my time. Nonetheless, in some ways, perhaps I can make a greater contribution to your work. In these challenging times, there may not be many of us left who remember similar days of economic hardship, wars, and the loss of homes and jobs that, like those times of old, loom on our horizon today. Few perhaps remember the Great Depression, the bread lines, the broken backs of our great financial institutions – few perhaps except for the generations of America’s Native people for whom these realities have changed but little.

See the link above for more.

Posted by OPechanga at 2:22 PM

His support for disenrollment has never wained? isnt he supposed to be from the party of civil rights??
Or is he and his staff to careless and lazy to do any research

"Few perhaps remember the Great Depression, the bread lines, the broken backs of our great financial institutions – few perhaps except for the generations of America’s Native people for whom these realities have changed but little"

He must have not looked around at the multimillion dollar casino that Pechanga has built to destroy lives of other tribal members.

We native americans do remember the rape and pilage of our lands, as a matter of fact its still happening today except its our own people doing it.

It seems we got the diseases such as smallpox, polio and the worst disease of all GREED.