UN human rights experts* today called on the United States of America to halt the planned and imminent forced evictions of 63 people who self-identify as belonging to the Nooksack indigenous tribe in northern Washington State. 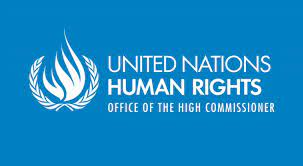 Twenty-one families face eviction from their homes by the Nooksack Tribal Council, which earlier took steps to remove them from its membership. The move has been prohibited by the tribe’s courts, but their decisions have been ignored by the Council.

The families’ homes were constructed by the tribe on land owned by the US Government and with funds from the Federal Department of Housing and Urban Development (HUD). The HUD provides the tribe annual funding for public housing at Nooksack in part pursuant to the Native American Housing and Self-Determination Act (NAHASDA). The families are at various stages of acquiring ownership of their homes, and some are due to take full ownership this year.

Many are elderly, women and children - some with disabilities and chronic diseases – and have lived in their homes for over a decade. The imminent evictions will significantly impact the health of some of the vulnerable during the COVID-19 pandemic.

“We are also concerned that the forced evictions will deny them the possibility of enjoying their own culture and of using their own language in community with others,” they said.

Evictions were due to begin on 28 December 2021 but stalled due to severe snow and ice storms in the region. However, tribal leaders have announced that the evictions will resume in early February 2022.

“We appeal to the US Government to respect the right to adequate housing, which is enshrined under article 25(1) of the Universal Declaration of Human Rights and article 21 of the United Nations Declaration on the Rights of Indigenous Peoples, and to ensure that it abides by its international obligations, including with respect to the rights of indigenous peoples,” the experts, who have been in touch with the Government already on this, said.

This is GREAT news!
The world is watching as disenrolling tribes abuse sovereignty!
Times up!
#notourculture
#notourcustomandtradition

WE NEED to keep the pressure on. Share the many posts on social media, so fewer people can say, WE DIDN"T KNOW.
.
Don't sit on the sidelines and hope something happens.

Hay Mark Macarro are you listening to this United Nation is looking at disenrollment.