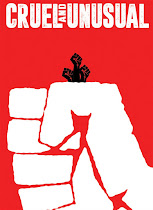 The author Julia Stinson, here is talking about tribal disenrollment due to criminal activity.  But in our case at Pechanga, we had criminals working to disenroll us.   If it's cruel and unusual to disenroll for a crime, isn't it even MORE cruel to disenroll over disagreements, or political opposition?


In the past two decades, Native American tribes have disenrolled (OVER 11,000 )—permanently removed from tribal citizenship—thousands of tribal members, mainly because of lineage concerns or for political reasons. In these instances, scholars generally decry disenrollment. But there is a growing trend to disenroll tribal citizens for criminal conduct, and scholars (and even tribal members themselves) assume this is proper. This paper argues that tribal disenrollment for criminal conduct violates the Indian Civil Rights Act’s prohibition on cruel and unusual punishment.

The Supreme Court held that denationalization as a result of criminal conduct is cruel and unusual punishment in violation of the Eighth Amendment. Congress applied that same prohibition to Native American tribes in the Indian Civil Rights Act. And traditionally, tribes, who had the inherent power to impose any sanction necessary, focused on restoring harmony rather than punishing offenders; permanent expulsion was almost never imposed.

Tribes are nations, and tribal membership is a voluntary compact equivalent in all meaningful respects to United States citizenship—hence, tribes cannot disenroll members for criminal behavior.
Yet Congress also severely limited tribes’ ability to punish criminal defendants by capping incarceration at one year, and crime in Indian country is a significant problem. To allow tribes to battle crime and yet protect against cruel and unusual punishment, Congress should remove the limit on incarceration and individual tribal members can decide whether they are willing to submit to their tribe’s inherent power—and greater sentences—or voluntarily renounce their tribal citizenship.
Posted by OPechanga at 10:07 AM