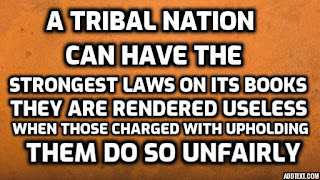 Wikipedia has the facts on Pechanga's Membership Shrinkage via Disenrollment, which is a cute nickname for STRIPPING THE RTIGHT OF BELONGING to your own tribe.

The tribe's constitution in 1978 said that members must prove "descent from original Pechanga Temecula people."[7] In 1996 the tribal council tightened the rules, declaring for the first time that "members had to have an ancestor from the subset of Temecula who relocated to the Pechanga valley" where the reservation was established.[7] In cases of disenrollment of large families in 2004 and 2006, Pechanga officials have said they were enforcing rules of membership that required historical residence as well as descent from known Temecula.[7]

Pechanga members moved away in some cases because of economic reasons, but maintained ties to the reservation; including being involved in the nation's activities and development. As with other tribes that have conducted disenrollments, which have increased since the late 20th century, controversy has arisen over application of the 1996 requirements to people of established membership and participation in the nation.[7] Reducing the number of members has increased financial returns paid within the nation from the lucrative casino operations.[7] Pechanga Chairman Mark Macarro has noted that courts have "consistently upheld tribes' sole responsibility for determining their citizenship" and that the disenrollments were not related to money or politics.[2]

In several cases, the Pechanga have disenrolled families who were descended from historic ancestral Temecula, long identified as Pechanga, participated in the nation, and had several members working in a variety of roles for the nation and the casino. An example is John Gomez Jr. and his extended family, who total 135 adult members (plus their children); in 2004 they were officially disenrolled.[7] Another family of 90 adults was disenrolled in early 2006.[2]

In 2002 Gomez and a cousin were elected to the enrollment committee which was struggling to process applications. He said that after he had criticized the committee a group known as Concerned Pechanga People for the first time questioned his qualifications as a tribal member. Several of the group were related to enrollment officials he had criticized.[7] In 2005, Gomez helped found the American Indian Rights and Resources Organization to deal with such civil rights issues.[2] Gomez in 2006 said that the other Pechanga family disenrolled had also opposed tribal leadership.[2]

Michael Madariaga's family was disenrolled in 2006, including his aged grandparents, who lived on the reservation. He said his grandfather had helped upgrade the reservation's water system, provide telephones and electricity, and built the health clinic. He said his grandparents needed their tribal health insurance and felt the loss of financial benefits, but that, his family was most hurt by the loss of their culture and community.[2] He said, "What matters is taking away our heritage" and further, "It's like taking your family and wiping them out of history."[2]

Posted by OPechanga at 9:10 PM

The truth is crystal clear ✌🏼