JUNETEENTH Holiday Reminds US That NOT All Slaves Freed . 1866 For Native American Slaves of the Five "Civilized" Tribes

And a reminder as we celebrate our new holiday JUNETEENTH.. ALL SLAVES weren't freed by the Emancipation Proclamation, nor Juneteenth 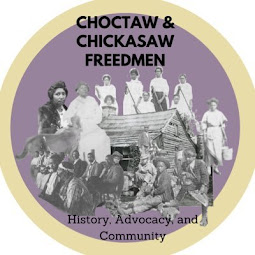 The Choctaw and Chickasaw Freedmen HAVE their response:

First of all, in the official guide, the authors state that “If people who were not Choctaw tribal members respected Choctaw laws, they could visit the Choctaw Nation, work there, or even become Choctaw citizens,” in post-Removal Indian Territory. 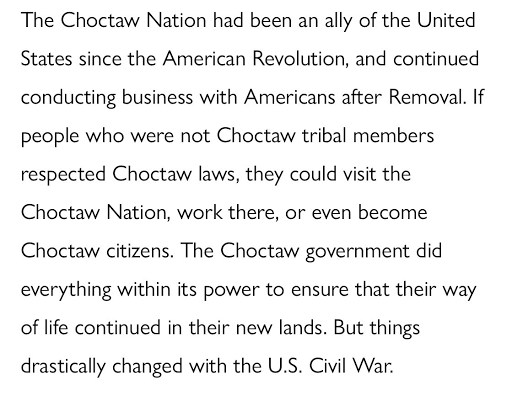 This statement holds true if the individual in question was white or non-Black from another Indigenous tribe. However, Black people (both of Choctaw heritage and devoid of Choctaw heritage) were specifically barred from living in the Choctaw Nation boundaries if they were free.

REDLINING 1847 style:
The 1847 Choctaw Constitution specifically stated that “no free negro, or any part negro, unconnected with Choctaw and Chickasaw blood, shall be permitted to come and settle in the Choctaw Nation.”

So, could “people who were not Choctaw tribal members respected Choctaw laws” “visit the Choctaw Nation, work there, or even become Choctaw citizens?” Well, they definitely COULD NOT if they were Black. In fact, in doing so, they risked arrest and re-enslavement.

Think Lincoln FREED THE SLAVES?   THINK AGAIN...  but the Choctaw and Chickasaw were CONFEDERATES.... their Freedmen fought on AMERICA's side.

Continue owning slaves of African descent. The Choctaw and Chickasaw Nations continued to practice slavery within their territories up until 1866–even after they LOST in the Civil War along with others in THE CONFEDERACY.
Please go to this link to read the full article  which was put together from a Twitter thread...