Disenrollment has HARMED the HEALTH of Native Americans 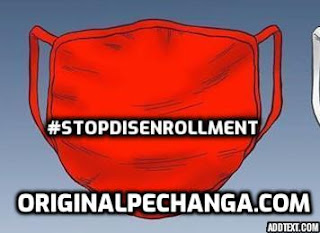 All disenrolled elders, who were enrolled in excellent health care provided by their tribes, have lost that and in many cases, they have been put on state taxpayers backs.

The Pechanga Band of Luiseño Indians in California studied its heath care needs for two years, and then enacted a mandatory group coverage policy for tribal members. “This has led to measurable improvement in the physical health of our tribe. Earlier this year, we opened a new exercise facility that contributes to and facilitates the health and wellness of our tribal citizens,” testified Mark Macarro, the band’s chairman, before the Senate Committee on Indian Affairs Sept. 18.

However, the IRS asked the tribe to demonstrate how the program was “need” based – or it would consider these taxable benefits. OP: Hunters were involved in the development of health insurance for Pechanga members AND were responsible for a health clinic being built on the reservation, NOW they don't qualify for either. There was a need for coverage for the 230 tribal members and another 250 dependents that were terminated! Factors in the tribe felt that others shouldn’t receive their rightful benefits.

“It appears to us that the IRS is interpreting ‘need’ as meaning only ‘financial’ need,” Macarro said. “From our perspective, this makes absolutely no sense. The Pechanga government has stepped in where the federal government has fallen short for our people. … Pechanga has decided not to wait on the federal government to fulfill its trust obligation to our people.” The basic issue is how the IRS interprets its “general welfare” exclusion. Sarah Ingram, the IRS commissioner for Tax Exempt and Government Entities, said there is a difference in the law between those who work for tribes as employers and tribal members. “Where there is no employer involved, the (tax) Code contains no provision that would allow a tribal member who is not a tribal employee to exclude the value of tribally-provided health care coverage.”

OP: There is NO financial need for the tribe to pay for members health care. Not with the $360,000 they are making now that the have cut blood members and relatives from the tribe.

Trahant: There are two ways to fix this mess. Congress could clarify the law (the route the IRS would prefer). Or a “revenue ruling” could easily fix this problem administratively, testified Scott Taylor, a professor of law at the University of St. Thomas in Minneapolis. He cited other examples of such a governmental exclusion, including the Veterans Administration and Medicare. Taylor is an expert and was a professor-in-residence with the IRS.
Those who decry the under-funding of Indian health could come up with real appropriations and make the system whole.

OP: Exactly. Gaming tribes should be able to pay for health care for tribal members, said members can pay taxes on that health care to their dependents. Tribes who follow their tribal law should be held up as good examples, tribes like Pechanga which don’t should be handled separately, like a true sovereign nation. Don't lump the rich tribes in with the poor. And remember, Pechanga, via their unlawful moratorium and disenrollments, have foisted the health coverage of many onto the states, and they've created MORE poor people.
Posted by OPechanga at 2:28 PM