We are getting word that the Rincon Band of Luiseno Indians has disenrolled members this week.   It seems to be a trait of the Luiseno nations.  And not one that shines well on their leadership. 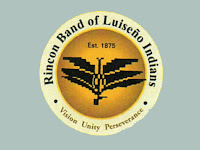 We've posted before on Rincon membership issues, where some didn't meet "blood quantum" which was designed to eliminate Native Americans.  And former chairman's family that were never enrolled..

Here's a story on the Calac family of Rincon:


n question is the lineage of Jose Maria Calac, and whether he was full-blooded or three-quarters Indian.
Currier is among the great-grandchildren of Calac and would be less than the required one-eighth Indian, critics say, if Calac wasn't full-blooded Indian.
The plaintiffs cite a 1989 decision by the Rincon enrollment committee, which ruled that fourth-generation descendants of Jose Maria Calac were ineligible.
The decision was appealed to the BIA, who upheld the decision, but, according to the suit, did not try to enforce the findings and was then instructed by the Interior Department to not get involved.
"We want (the BIA) to do what they're obligated to do under federal and tribal law," Marston said. "The tribe knows that we're right."
A settlement in the case was reached, an agreement that would ultimately reinstate the enrollment committee's 1989 decision.
But the district court ruled that the settlement would affect the Rincon tribe's right to determine its own citizenship.

Posted by OPechanga at 1:42 PM

So for decades these people were enrolled in the Tribe and now they are out in the cold.
That's a bunch of BULLSHIT.
It's all about the money being made from the Casino and handed out to the Tribal Members.
Greedy Bastard don't know when to stop, just like Pala and Pechanga.
I think that this is wrong and needs to stopped ASAP before someone is
killed because of this greed that has plagued these Reservations with corruption.
I blame the Pechanga and the Pala Chairman for paving the way for these dis-enrollments.
Tribes are sitting back and watching how the U.S. Government and the
Courts are afraid to get involved.
I still think that these issues are going to turn violent very soon and someone will get hurt or even killed over it.
And then what will happen?
In fact I am surprised that some hasn't take out the Chairman of Pala and Pechanga already.
They should be the first to go being that they are the ones that started all of this bullshit.
To the ones affected in Rincon- Don't give up and fight for what you believe is right. Don't let these fuckers win stand your ground and may the Creator bless you all.

Thank you 4:48 pm
We are locked and loaded and ready for war.

world can't afford war because right now there are many world wide problems which are very dangerous for us. Think about them and invest your money in right way.

More sad news from Rincon today.
Mr. Don Calac has passed away.
He was a good man and will be missed by Family and Friends.
RIP Don.