YOU CAN'T MAKE THIS STUFF UP and you won't see it on the OTHER Pechanga news site:
After traveling to North Dakota to see how a proposed oil pipeline might affect a local Sioux tribe, Rep. Raul Ruiz Rep. (D-Palm Desert) is asking for a congressional hearing to determine whether the Standing Rock Sioux were properly consulted before the Army Corps of Engineers approved permits for the project.

Meanwhile, back in his HOME STATE, Rep. Raul Ruiz is on board to support the THEFT of water rights to reservation allottees of the Temecula Indian Reservation.  He seems to conveniently forget  that the trust responsibility of the U.S. Government to INDIANS isn't just to the chiefs and chairmen.  It's to ALL native Americans. 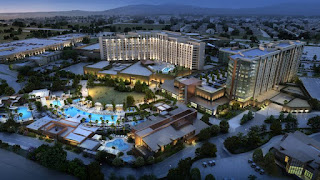 HUNDREDS of Native Americans will have their water rights stolen if the Pechanga Water Rights Bill HR 5984 Passes.  We've been fighting for 6 years to be heard, to be consulted, to be recognized.  Either Rep. Ruiz is incompetent, or turning a blind eye.   I'm betting on the latter...you?

Posted by OPechanga at 9:00 PM

Perhaps the greatest failure of the BIA is the failure to properly consult tribes on the impact of Congressional Acts, Regulatory amendments, and the adoption of Governing Documents. When such actions affect individual Indians it is the duty of the federal government under the Indian Self-Determination and Education Assistance Act to consult Indians, not just tribal leaders. The wording of the Act requires "consultation with tribal organizations." Such tribal organizations are not limited to Tribal leaders. In fact the majority of tribes have an organization based on a General Council which consists of the voting body of the tribe.

The BIA will claim that budgetary constraints prevent them from consulting with General Councils. This may be true, but the BIA never fails to fund legal defense against lawsuits brought against the agency. How many of these suits might be avoided if only the BIA properly consulted affected individual Indians, or verified that the the tribal officials had properly conveyed the relevant portions of the consultation and obtained the consensus of the general membership?

This is a huge problem in Indian Country. The leaders withhold information, they do not obtain the approval of the General Council, and they use sovereign immunity to protect themselves against actions brought by wronged members. The easy fix is to make sure that proper consultation includes the general membership of tribes either directly, or indirectly through a verified vote on actions that affect individual Indians.

Before we were disenrolled and the golf course was started the water committee told the council that there wasn't enough water for a golf course. It takes about a million gallons a day to maintain a 18 hole course. so that's when the council tried to buy reclaimed water from Rancho water but they said no because are water rights were restricting there pumping and drilling for more water. So this is were it's at now. There is no settling rights it flat out selling Pechanga's water rights for millions of dollars and to buy reclaimed water from Rancho water.

Why should some have more rights than ALL? Pechanga band today has dishonored our Ancestors, Ignored the truth, and shunned our children. Water is ALL our source and we should ALL have rights, just like we did when we were enrolled. Stripping our membership in the band, ignoring the truth will bring the TRUTH forward forever. Pechanga could honor the truth and begin healing the Band within. ALL rights would be better than none.

At a time of the biggest drought in history, how much water will be wasted on the golf course and the water park at Pechanga? It is all TOTALLY unnecessary EXCEPT for enriching the tribes pockets. I thought Indians were the keeper of the ecology and nature? Every home owner in California is supposed to let their landscaping die so the Tribe can profit off of a water park? Not to mention how much water will be wasted in added Hotel rooms. When people go to Hotels, they don't care how much water they waste.....they don't pay for it.

Macarro wanted to justify his stance and say it seemed a lot of membership applications surfaced after the Casino was started and the same results would have occurred. Ignore the truth and justify dishonoring elders who were enrolled in the original days of Pechanga. Ignore elders who already proved the truth, and ignore elders who helped establish the Temecula band of Luiseno Indians by giving recorded oral depositions. Now this person Macarro wants to say why should I honor ALL enrolled members? Why should have share in this band and its rights? When Macarro stands up for the Pechanga band he should have to answer simple questions. When was the reservation created and why? Who were the recorded members of the band? Who gave recorded oral depositions for the bands allocation of Allotted lands? When the band restructured and recorded it's constitution custom and tradition, what was the requirements for enrollment? Did allotted families meet the bands requirements for enrollment? Why did an enrolled family get disenrolled when they met the tribes requirements? Why woukd the band today want ALL its rights after stripping others of theirs? Ask him for the truth!