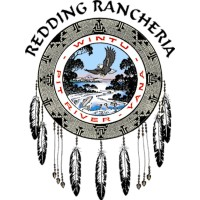 The Redding Rancheria has renewed its federal application to build a 69,000 square-foot casino, a 250 room hotel, and a retail center in South Redding.

Opponents of the proposed Win-River Casino and Event Center move say they are pleased with Sen. Dianne Feinstein's doubling down on her opposition to the move.

In a letter dated Tuesday, citing opposition to the move by the City of Redding, Shasta County, and the Paskenta Band of Nomlaki Indians, Senator Feinstein urges Assistant Secretary of Indian Affairs Bryan Newland to use a two-part process to review the proposal. That includes broad public input.

Feinstein says that a "restored lands" exception is not applicable and would set a precedent.   The tribe was restored and later disenrolled their first tribal chairman Bob Foreman and the entire Lorena Butler descendants, including LELAND, LEON, LORENA and their children, the family which provided the land for the current casino. This was after they forced exhumation of their beloved ancestor for DNA which proved their belonging.

"The tribe isn't shocked that we received opposition from Dianne Feinstein, Dianne Feinstein opposes all casino relocation projects," said Potter. "She has personal issues against casinos that affected her personally in her life so we know that she opposes them."

In MY VIEW, the Redding Rancheria can't be trusted, based on their actions in harming their own people.  If they will cheat their own, won't they cheat the people of California?

Kudos, for now, to Senator Feinstein for at least appearing to go through a process instead of rubberstamping what a big gaming tribe wants.