NCAI Avoids Disenrollment in "We're Here For You" Email

My joy seeing an email with this subject from NCAI:


NCAI STANDS WITH YOU
replete with ARTWORK! 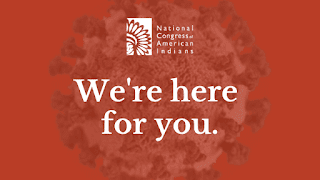 Reeling with anticipatory glee, I scan the email for the words detailing how the National Congress of American Indians FINALLY stands up against Tribal Disenrollment.  Like Charley Brown waiting for the Great Pumpkin, it's not happening. Just like nothing's happened in the past decade. Nothing Nada Zilch

NCAI even got a representative from a disenrolling tribe!?  No wonder they ignore the issue.   Sovereignty?  Sure, but sovereignty, without accountability leads to abuses like disenrollment, elder abuse..

PLEASE NCAI...STAND up for over 10,000 Native Americans that have been harmed by ...NATIVES!
Posted by OPechanga at 10:46 AM