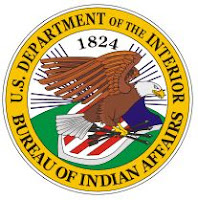 The Bureau of Indian Affairs, Western Regional Office is withholding 1005 pages of responsive records on a Freedom of Information Act request. Since the agency claims exemption 6, by this complaint, Emilio is requesting the Bureau of Indian Affairs to identify each document withheld, state the statutory exemption claimed and explain how the disclosure would damage the interests protected by the claimed exemption.

Under exemption 6 the agency has the right to withhold records due to privacy concerns. However, the records requested are 77-97 years old. Under exemption 6 the agency has to do the following: 1) Request proof of death of the individuals listed on the records. 2) Provide responsive documents with redacted information 3) provide the records presuming the individuals are deceased due to the date of the records creation. The agency failed to follow any of these guidelines. Nevertheless, the acknowledgement and final letter was provided six months after the initial request.

The administrative appeal was filed to the Department of Interior (Office of the Solicitor) in Washington, DC. To this date, the appeal has not been acknowledged, accepted, or denied receipt. In accordance to 43 CFR 2.62, the basic time limit for responding to an appeal is twenty (20) business days. If the Department is unable to reach a decision on an appeal within the given time limit for response, the appropriate deciding official for FOIA appeals will notify the requestor of the statutory right to seek review in a United States District Court. The agency failed to follow these procedures.

Emilio says that even though the records are available in ancestry.com and also in the National Archives, some of the records in the repository of the Bureau of Indian Affairs, include additional notes and correspondence which are significant important to the research he's done on Mexican Indians living in the Arizona and California Indian reservations.

Pending complaints have been filed in the U.S. District Court of Southern California. Few of those complaints relate to records of the San Pasqual and Mesa Grande tribe, that the Bureau of Indian Affairs Regional Office is withholding in part or in full.


Here is the latest lawsuit to get the western region of the BIA to produce documents from a FOIA request.

Shouldn't the BIA do a better job of being in compliance?

Posted by OPechanga at 2:28 PM