Kizh Nation Suffers Another INDIGNITY To Their Tribal Recognition and Sovereignty 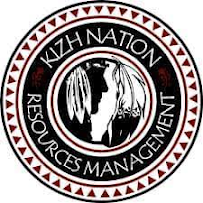 We've written about the Gabrieleno Band of Mission Indians, Kizh Nation numerous times trying to help get their issues out in public.  They are not federally recognized and claim to be the TRUE Gabrieleno descendants.

We wrote on their battle with both the United States Navy and the Pechanga Band of Luiseno Indians who took charge of their ancestors remains.

They couldn't even have representation when JUDY CHU dedicated a monument on their ancestral lands.

NO RESPECT AT ALL, and now, another indignity in a court case saying the Kizh Nation did not prove they sovereign rights?

The court docket shows this fact.

Here, the FAC alleges that KNRM “is a California, domestic stock corporation known as one of eleven non-federally tribal factions that claims Gabrieleno, Native American status.”

(FAC, ¶ 4.) Thus, the court finds that the question of sovereign immunity involves issues of proof that cannot be decided in this demurrer. Defendant (KN MR) points to the California Department of Industrial Relations’ order of dismissal in another matter, where it found that sovereign immunity applied to KNRM. (RJN, Exh. 2.)  OP:
the KNRM HAD SUBMITTED a document where they alleged tribal immunity. However, the Court did not believed they met their burden in showing tribal under federal law.

It's difficult to get all a federally recognized tribe gets in our courts and our Congresses, both state and federal.   The Juaneno know this.  It's time for the factions to get together and settle these issues.

Posted by OPechanga at 8:14 PM