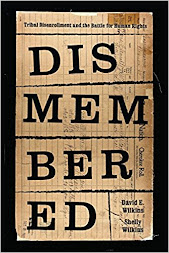 Native American tribes looking for Federal Recognition have to jump through MANY HOOPS and show mountains of PROOF to be federally recognized.  The 35 page PDF is HERE  but here is an example of what they need below.

Shouldn't tribes that disenroll their people have to show SOME proof that can be evaluated before US Indian affairs De-RECOGNIZES Natives?

a. Proposed Elimination of Current ‘‘Criterion (a)’’ and Requirement for External Observer as an Independent Criterion b. Proposed Criterion (a), Requiring Narrative of Pre-1900 Existence

3. Criterion (e) (Descent) a. Requirement for 80 percent Descent b. Descent as a Race-Based Criterion c. Defining ‘‘historical’’ to be 1900 or earlier d. Evidence in Support of Descent e. Review of Descent 4. 1934 Starting Date for Evaluating Criteria (b) (Community) and (c) (Political Influence/Authority) 5. State Reservations and U.

9. Criterion (f) (Unique Membership) a. Criterion (f), In General b. Deletion of previous rule’s provision prohibiting members from maintaining a ‘‘bilateral political relationship’’ with the federally recognized tribe c. Exception for Members of Petitioners Who Filed Prior to 2010 10. Criterion (g) (Termination) 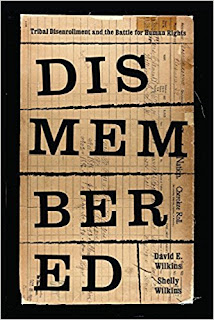 Posted by OPechanga at 8:30 AM