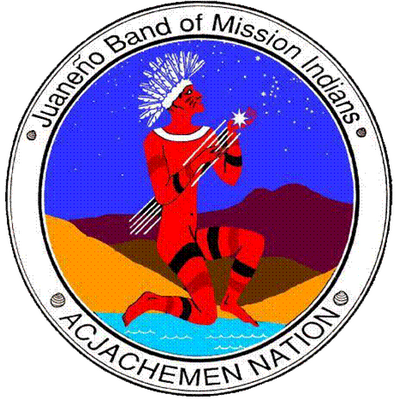 For many years, the descendants of the original people of what is now Orange County have fought for a sliver of land dedicated to their history and traditions.

Tribal leaders have said that the park could be an important tool for educating the public and a vital gathering place for tribal members, where they could perform important ancient rituals. Some tribal members have been waiting for a piece of dedicated land like the park for decades.

After several delays, the Putuidem Village in San Juan Capistrano is expected to be completed by mid-August. The humble 1.5-acre passive park will include an amphitheater with boulders and log seats, a trail and depictions of the Juaneño way of life, including ramadas, kiichas (a thatch home) and manos (a ground stone tool). The surrounding areas of the park have native plant habitat.

“We just don’t want to be forgotten,” said Adelia Sandoval, spiritual leader of the Juaneño Band of Mission Indians. “It was a viable, beautiful thing that was going on here. The people living here, they kept everything in balance.”

The sacred sites and lands of the Acjachemen descendants, whose history traces thousands of years, have been plundered, desecrated and devoured by development. They became known as the Juaneños after Spanish colonialists built Mission San Juan Capistrano in 1776. Today, there are about 1,900 tribal members.

The Putuidem Village was seen as a long-sought tribal victory when the San Juan Capistrano City Council first approved the educational park in 2016. The Northwest Open Space, a 65-acre natural area near the 5 Freeway where the park is being built, is considered one of the first Native American settlements in what became Orange County.

But in ensuing years, the city delayed the project, and tribal leadership questioned whether it would ever be completed.

READ THE REST OF THE STORY

So many more true native blood they won't accept