ISIS BRIDE's Citizenship Gets NATIONAL Attention 11,000 Natives Loss Gets NOTHING? 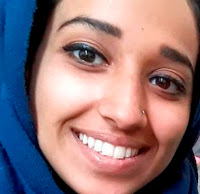 Much press given to ONE Isis Bride possibly losing her citizenship, as determined by the OBAMA administration, not TRUMP's, yet NO press given to 11,000 Native Americans stripped of citizenship via tribal disenrollment not for terrorism, but to minimize opposition and to steal $1BILLION in per capita. Over $500 Million from the Pechanga Band of Luiseno Indians alone.

CAIR is putting up a fight, something that Native Americans do not get from NARF, NCAI, Indian Affairs, and most other prominent Native Groups  from CAIR Florida's Hassan Shibly:

We must put up a fight. This is much bigger & broader than Hoda Muthana. This is about presidential overreach & attempt to strip citizenship without due process. @realDonaldTrump will use this against Latinos to strip birthright citizenship. Must fight to protect Constitution. Contrast that to Tribal Disenrollment and its resulting stripping of citizenship and belong comments from rights groups: From NCAI's Jefferson Keel: From NARF : From B.I.A.: From ACLU: From CILS: From NIGA : From Dianne Feinstein: From Kamala Harris: