Why AREN'T CIVIL RIGHTS A Priority for Democrats Any More?

I was thinking the other day about what really makes people mad.  Why doesn't Apartheid, Segregation, Elder Abuse or Child Abuse bad enough for people to be upset anymore?

We just posted on our blog about Trevor Noah performing at Pechanga, which DOES practice segregation and apartheid.   I'm betting he wouldn't perform at SEA WORLD because they "mistreat" ORCAS.... but mistreating people.... NO BIG DEAL


DEMOCRATS loved getting money from tribes that abuse their own people.  I use them only because we know GOP doesn't care about civil rights, but the Democrats CLAIM they do...but, it's about the money they get, right KAREN BASS?  Remember those Democrats BOYCOTTING TRUMP's inaugaration?  Yep they take money from apartheid tribes... 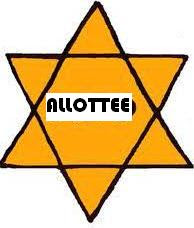 Why does a 10 year old picture of Jimmy John's owner with a legal animal trophy be it leopard or elephant draw derision and uproar, but the actions by tribes like Pala to remove/evict residents from their only home after disenrollment, draws nary a complaint?

Are people REALLY okay if tribes made allottees they tossed out of tribes to wear insignia indicating they are not tribal members?  THOUSANDS have been eliminated from tribes.  At Pechanga, we couldn't confront our accusers, nor see any EVIDENCE presented against us. (Well they had none) The JUSTICE Department refused to respond, Loretta Lynch, Holdder, Sessions....

Gabriel Iglesias never responded to our letters,  Georgel Lopez stood with Cuban dissidents, but not with the people abused by Pechanga Tribal Council.   WHY NOT?   Are Mark Macarro and Putin REALLY that different, or is it just a matter of...numbers?

I WILL NOT GIVE UP fighting for my ancestor's rights, and my grandchildren's rights.   We MUST keep pointing out the issues and AIRING THE DIRTY LAUNDRY

READ MORE ABOUT THE DISENROLLMENT ISSUES

Posted by OPechanga at 8:02 PM