Fascism  is a form of radical authoritarian ultranationalism, characterized by dictatorial power, forcible suppression of opposition and strong regimentation of society and of the economy,

Pechanga, since the advent of Disenrollment has pushed the Facist envelope, with four of five descriptors above covered.

What got me thinking about this was a Facebook picture of the "Early Warning Signs of Facism" which was purported to be on display in the Holocaust Museum.  It wasn't, it WAS for sale in the gift shop however. Laurence Britt created this list during George W. Bush’s tenure as president of the United States. While he did not actually name Bush, he wrote in the original article that some of the early warning signs had already manifested in the United States:  Let's see how they match up:

The Pechanga Band became concerned about the question of enrollment in the early 1970’s. Many years of debate and discussion led to the presentation of a proposed final enrollment application and proposed procedures.

Between 1979 and 1981, using the approved process, approximately 456 members were enrolled and given enrollment numbers

In 2002 Pechanga started working on changing the description of tribal members, and how to qualify for membership.  They changed what had been passed by the people, because the TRUE Pechanga people, the ORIGINAL PECHANGA people we small in number. Not ALL Temecula Indians would qualify though they'd qualify as allottee.  The Hunter Family was BOTH Temecula Indians from PECHANGA.

The most egregious human rights issues that have gripped Indian Country over the last decade include the taking of ones citizenship; the denial of basic rights and freedoms; and the severing of spiritual and cultural ties to ones people and land.   We posted about it HERE  and
Apartheid is in force at Pechanga.

3. Identification of Enemies as a Unifying Cause
THEM, THEY  not US


4. Supremacy of the Military

The Pechanga Tribal Rangers and Casino Security guards are the "military" for this section.
The PTR ripped my young cousins out of the Tribal School and Casino Guards BEAT one of their elderly patrons.

Before the CPP turned on the Hunters and Apis Clans, they had it out for JENNY MIRANDA:  Please do not vote for Jennie Miranda, either. During her several years in office asSpokesperson, she has mostly favored her family and a few friends. She regularly actsagainst others. She has been very unfair to many Pechanga people and discriminated against them, too.

After appearing on the KCBS news report, my cousin's grandchildren were threatened with disenrollment.  Macarro's cousin who also operates a website, EXCLUDES most bad news about Pechanga.  Must be why Victor Rocha's site is ranked behind mine.  Truth wins out? Even though Rocha said my site doesn't meet their "standards"?

Yes, the Catholic priest for the reservation has been SILENT on this issue.

When our family got elected to the Pechanga Development Corp.  Efforts to exclude us were doubled.  We couldn't learn what the tribe was doing.
There has been NO AUDIT for tribal members to see where their monies are going.  A report with no supporting documents is all.  Pechanga sued to keep their activities quiet, with the Justice Depts. help.  And notice how Macarro worked to keep the tribes from providing AUDITS so Californian's would know how much money they should expect.  The "honor system" should not apply to thieves.

They worked to keep out unions, forced their workers to wear political buttons....

11. Disdain for intellectuals and the arts
These guys voted down giving money to support the AUTRY museum

12. Obsession with Crime and Punishment
Ed Burbee and Yolie McCarter love to call the Rangers for any perceived infraction, even though one has a sex offender in the family and the other is.......

Macarro's brother John  'nuff said?   How about Bobbi LeMere, then head of the enrollment committee, whose SISTER got enrolled in a QUID PRO QUO after the Hunters were disenrolled?

14. Fraudulent Elections.
LOL.  Pechanga just had elections with NO opposition for the first time in modern tribe's history....
But they have removed 25% of OPPOSITION VOTES, while threatening others who don't to the line 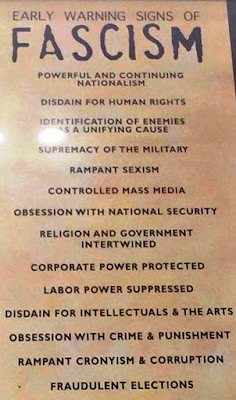 Posted by OPechanga at 3:41 PM