What EVIL Would A Felon Bring as Chairman of the Pechanga Band of Luiseno Indians. Is Basquez Right for Role? 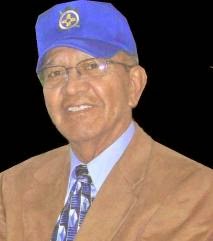 Quite simply, Mark Macarro is the lesser of two evils and we believe that Raymond Basquez Sr. is EVIL.

Let's look at what this elder member of the Francisca Leivas Crime Family might bring to Pechanga.

He's a convicted felon, serving time in prison for a crime against women.   He's one of the leaders in the faction that worked to eliminate two large voting blocs of Pechanga families.  He's threatened people, let a ruckus at the enrollment committee to put them on edge.   He knew what he was doing was wrong and we have to wonder: WHAT could the tribe be thinking by installing this man in a leadership role?

There is some concern that they are not even Pechanga by blood, with some being adopted into the tribe and leads some to wonder WHY they are still IN the tribe, when true blood members are out.

For example family members from previous generations such as Petronilla Flores Salazar, Roberta Flores Salazar, and his mother Ruth Agnes Flores (Salazar) are all listed as being born at Soboba in a summary of1928 applications for enrollment as Indians with the State of California .So are they really Pechanga or are they Soboba?But what really throws a monkey wrench into the machinery is the fact that Ruth, Andy’s mother, is listed in the 1929 Pechanga census as being adopted by Petronilla. Ruth is also listed as being illegitimate in some of the earlier Pechanga census records of the 1920’s which show her name as her as Janet Leivas.This is her connection to the Basquez family (spelled with a V in the census records) asIrene Basquez, reportedly Ruth's sister, now known as Irene Scearce, is listed as the daughter of Arturo Basquez and Francisca Leivas.Arturo is listed as a Mexican so they can’t claim membership from him but ironically even the Leivas connection is suspect as because even though they claim their membership from Josepha (Garcia) Leivas, who is reportedly supposed to be Francisca’s mother, Josepha is listed as being married to one Felipe Cascara at the time of Francisca’s birth in 1898.Sound confusing? My head is spinning just writing this stuff!But the tour de force of all of this seemingly conflicting data may be the infamous 1940 Pechanga census in which 14 names, some of which were hand written, were added on to the end of the record from the BIA census record. The astonishing part of it is all but one of those names were people born after 1940 and some of those people were born decades later including Raymond Basquez Junior, Andy Masiel’s nephew, who was born in the 1960’s! (OP: How can a 1960's birth be on a 1940's census and be "accepted"?)Most of the names added on were all from the Basquez/Masiel family, who reportedly wanted to use that census as a base roll for membership at Pechanga!I remember when Jenny (Masiel) Miranda, Andy Masiel’s sister, used to get up at the general membership meetings and support what she called adoption in the “Indian way.”No wonder as her family doesn't appear to be able to show a blood connection to the people. But if her mother Ruth isn’t of Pechanga blood was she ever adopted in the Indian way or was she just adopted through a county court?

Now what would Raymond Basquez bring as a leader?  Especially if his son, Raymond Basquez Jr. , also a felon is elected to council.  Would they rule by threats?  Would more disenrollments be coming?

We believe that allotees who still live on the reservation, (Basquez family wasn't original allotees, like Paulina Hunter was) would be endangered.  With a felon in charge of the tribal rangers, who knows what he could use them for?   Even Macarro had them trespass on our property to warn us about trespassing on reservation properties.  We believe Basquez would be WORSE.   Jr. was on the water commission and the tribe has been trying to steal our water for years and we've beaten them back twice.

WHO else might suffer?  Why, the Macarro family for sure.   Could they withstand an audit of the books?   Are their expenses on the up and up?   Macarro's wife, Holly Cook Macarro stands to lose tribal business of $250,000 per year.  Macarro loses his salary as chairman, well over $100,000 per year.

And we expect that Jennie Miranda, Basquez relative, disenfranchised for stealing from the tribe, would be welcomed back.  She's been seen on the rez already, so expect her to be there often.

It seems Macarro could use some friendly votes, too bad he's eliminated 25% of the voters, which means he doesn't have a lot of wiggle room.  I HATE to say this but...

Is the whole Basquez family corrupt?

Either there is inner fighting among the executive committee for Pechanga or this is a trick to stay in charge, both choices are bad and both corrupt and both work together already don't they. You Pechanga people need to find another person to run against them both if it is possible, someone who everyone likes and that there is no question they belong and someone important and well known in the tribe. Anything is better than the two existing choices.

If tribal members want a Felon in a position of power, they deserve what they get.

Garbani's hate the Basquez clan, so they won't give them any votes.

Heard junior has been getting his ass shot down on the water committee that he don't even go anymore...what a baby...he'll make a good stooge for his father..

Well you know when Paul Price worked for the culture committee Raymond and Paul Price had taken ceremonial artifacts, and buried them on Raymond's property without notifying the tribe. Yes those artifacts need to be reburied, but not on his property

Well if Raymond and family are really Saboba..why doesn't Macarro kick that family out? Should be easy enough to prove.

Is'nt there anyone else in the membership that has the "GUTS" to run against these "Evil S.O.B.'s?"
Or just "SHEEP TO THE SLAUGHTER?"
As it always has been?.."Eagle Eyes"