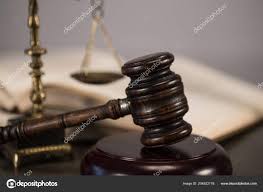 A federal judge declined on Friday to order the government to allow the Chinook Indian Nation to reapply for federal recognition, but he did toss out the Department of Interior’s decision to ban such second tries and told the department to reevaluate the rule.  Read Chinook Tribe Seeks Recognition

The Chinook have lived at the mouth of the Columbia River since time immemorial, but they don’t have a reservation on their historical land. They don’t have the health clinics or hunting and fishing rights that recognized tribes have. Tribal recognition could provide a land base and bring resources they need.

“We’ve inherited every problem that exists in Indian country: unemployment, drug and alcohol use, but we have no means of dealing with it like every other reservation does,” Johnson said.

The tribe negotiated treaties with the United States that were never ratified by Congress. They first sued the government in 1899, obtaining a $20,000 judgment on their claim for land rights. In 2017, they sued again, claiming the process regulating federal recognition was unworkable. The Department of Interior had denied the Chinook’s petition for recognition and refused to reconsider after the rules governing recognition changed in 2015.

Changes were necessary, the department wrote in its 2015 rule, because “the process is slow, expensive, inefficient, burdensome, intrusive, non-transparent, inconsistent, and unpredictable.” Only one-quarter of all recognized tribes would have passed muster before the 2015 changes, the department wrote. But the new rules also prohibited tribes who had been denied under those stringent standards from reapplying.

The Chinook asked U.S. District Judge Ronald Leighton, a George W. Bush appointee, to order the government to allow them to try again. On that count, he refused.

“In short, the Court is unwilling to hold that the re-petition ban exceeds DOI’s authority,” Leighton wrote in Friday’s ruling.

But Leighton did find that the decision to maintain the ban after the 2015 rule change was arbitrary and capricious. Originally, the new rule included an exception to the ban on re-petitions “in those limited circumstances where changes to the regulations would likely change the previous final determination.”

But the final published rule removed that exception and, “bizarrely,” as Leighton wrote, used the same reasoning for banning re-repetitions as it originally did for allowing them – all in the name of consistency.

“Unfortunately, the opposite is true,” Leighton wrote. “As the proposed rule recognized, banning re-petitions undermines the goal of applying DOI’s standards consistently to all petitioners.”
Posted by OPechanga at 11:01 AM

The Part 83 Procedure for Federal Acknowledgment (OFA) is designed to prevent new tribes from becoming federally recognized. The 2015 revisions simply speed up the denial of petitions. The US Federal government is opposed to recognizing new tribes. Unless a tribe has deep pockets or powerful support it is impossible to get recognized. The head of the Office of Federal Acknowledgment Lee Fleming considers it his job is to obstruct petitions filed by tribes seeking recognition. He frequently tells petitioning tribes that they should seek recognition through Act of Congress because the OFA is predisposed to denying petitions.