Too Glorious not to post...
We are SOVEREIGN NATIONS and don't have to follow YOUR laws, oh and can you send us a BILLION DOLLARS? Reminder, just disenrolling tribes have stolen a Billion dollars from those of us they disenrolled.  Everything comes with strings and NO Disenrolling Tribe should receive GOVERNMENT FUNDS. 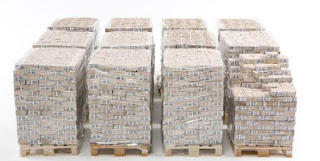 The National Indian Gaming Association (NIGA) sent a letter to the U.S. House of Representatives requesting $18 billion for Tribal gaming, as properties nationwide temporarily close their doors while continuing to pay employees their wages.
Tribal casinos employ more than 700,000 people across 460 venues, generating in excess of $37 billion in 2017, comprising the largest segment of the U.S. gaming industry.
Federal aid of about 2 percent — equivalent to the U.S. Native American population — of the $850 billion economic stimulus package proposed by President Donald Trump on Tuesday could help Tribes offset the loss of casino revenues amidst the coronavirus criss.
“Providing the means for Tribal governments to continue paying all employees’ salaries and benefits will immensely help this country recover,” according to the letter addressed to Representatives Deb Haaland and Tom Cole of the House Native American Caucus, as reported by Reuters.
The Association representing 184 Tribes additionally proposed Congress suspend interest rate accrual on all loans to Tribal governments and their entities.
While NIGA fights for Tribal gaming support, the gaming industry at large is likewise advocating for economic relief.
Bill Miller, American Gaming Association (AGA) CEO, articulated on Monday: “In a matter of days, the U.S. casino industry went from a growing, thriving segment of the U.S. economy to a near standstill.”

F*#k them, they don’t need it. The Members can learn to do without their checks....

Most tribal casinos were built using loans. The financing requires reserve funds so that payments will be made despite poor economic conditions. Any tribe that doesn't have a reserve for contingencies has poor fiscal management. Of course reserves aren't required to be large enough to pay all employees. However, if individual employees receive emergency income from the federal government, then the tribes should not get money too. Hope the feds have a way of making sure there is no double dipping.

Trump won't give the Indians any money because he hates them for not letting him invest in the Indian Casino in the desert.