Should CHUKCHANSI Tribe Be REWARDED for It's DYSFUNCTION, With a CASINO Opening?

The word coming from the Picayune Rancheria of Chukchansi Indians is that the Reggie Lewis/Nancy Ayala faction is hard at work trying to get the casino open. Are they trying just as hard to figure out where $50 million went, or are they trying to HIDE IT?

This group is a piece of work, first they caused chaos at the monthly meeting to shut it down and to prevent the passing of a new election ordinance.

Second Reggie's followers caused chaos again to shut the next meeting down. That time it was to prevent nomination night.

At the last meeting, Reggie's followers (about 80 people) caused chaos again. This time it was to remove Chance Alberta for the IRS investigation. If Chance had gotten removed and replaced the votes would have been 3 - 3 with Reggie (the chairman) breaking the tie.

TAKE A LOOK AT THESE DOCUMENT DETAILING the handling of CASINO MONEY: 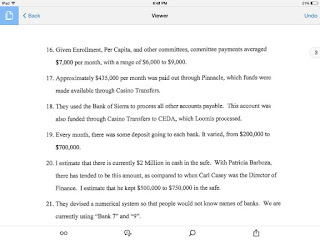 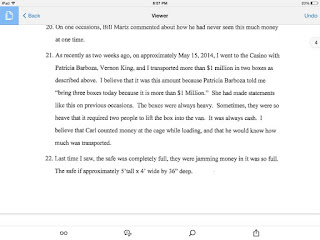 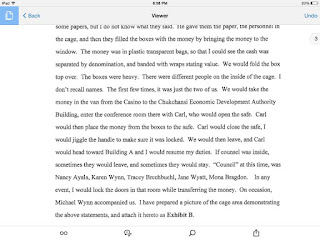 These goofballs failed all three times to complete their mission. All those thieves mentioned in the documents ( and their families) were the ones calling Chance a thief (That's not saying he isn't).

Vernon King's family was "off the hook" that night, apprently because of these  documents.

REALLY, is this who the FEDS and county want in charge AGAIN?  Hopefully, the government entities don't approve the opening until a new Tribal Council is seated.

When asked at a meeting "Reggie are you going to step down when you lose the election?" Reggie just laughed. Reggie and his followers absolutely will be trying to do a holdover government again. They must holdover to destroy evidence of their alleged thefts.  Destroying evidence means disenrollment of all members except for his 80 followers.

The 80 will be doing the "honor amongst thieves" thing. Otherwise it's prison time for almost all of Reggie's followers.
Posted by OPechanga at 9:27 PM

Wow reggie you stupid fckin piece of shit if i was you after election night i would keep a close eye out the people you disenrolled will come back to haunt you. Hopefully its prison time and you get fcked with corn cob. Oh yeah!