from Cuba to Pechanga It's A Great Week to Be Communist and an Oppressor.

This week, the North Koreans won the first battle of the CYBERWARS, and Fidel and Raul Castro, can now use President Obama's line to Boehner:  "I WON"

It must warm the hearts of Native American Tinpot Dictators like Mark Macarro of Pechanga, which still practices Apartheid on their Reservation. 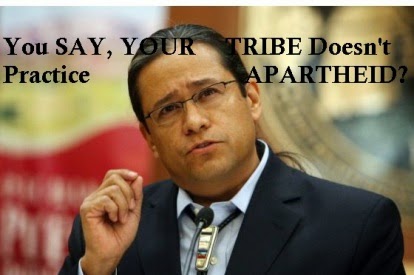 The fight isn't over, but the smoke from politicians asses is getting thicker.
Posted by OPechanga at 1:22 PM

Is that one of the murrieta brothers from zorro?

Congressional hearings are the same acts put on disenrolled clans, from the dysfunctional committee breaking custom and tradition and bylaws. The truth continues to be exposed outside because the Bad Actor says one thing but cant prove it legally. It's time to write for hearing again, the Bad actors want to expand Casino resort on Federally recognized trust land. Don't allow expansions while the Bad Actors practice apartheid on Federal Reserve. No water rights settlements or construction allowed while the CPP continue disrespect and violate civil rights. Live with the choices, or change the choices to expose the truth.

Such a serious topic, Apartheid..yet Feinstein or Boxer won't even LOOK at it?

Again, Construction on Federal Property without permission is illegal. If the question can be raised why the Bad Actors feel they can cut off rights to others, but have no accountability to the outside? It's time to show everyone everywhere Apartheid is happening. Say no to casino expansion while the Bad Actors keep practicing Bad Acts.

Someone should check his diaper. He is making that face that says he is taking a dump.