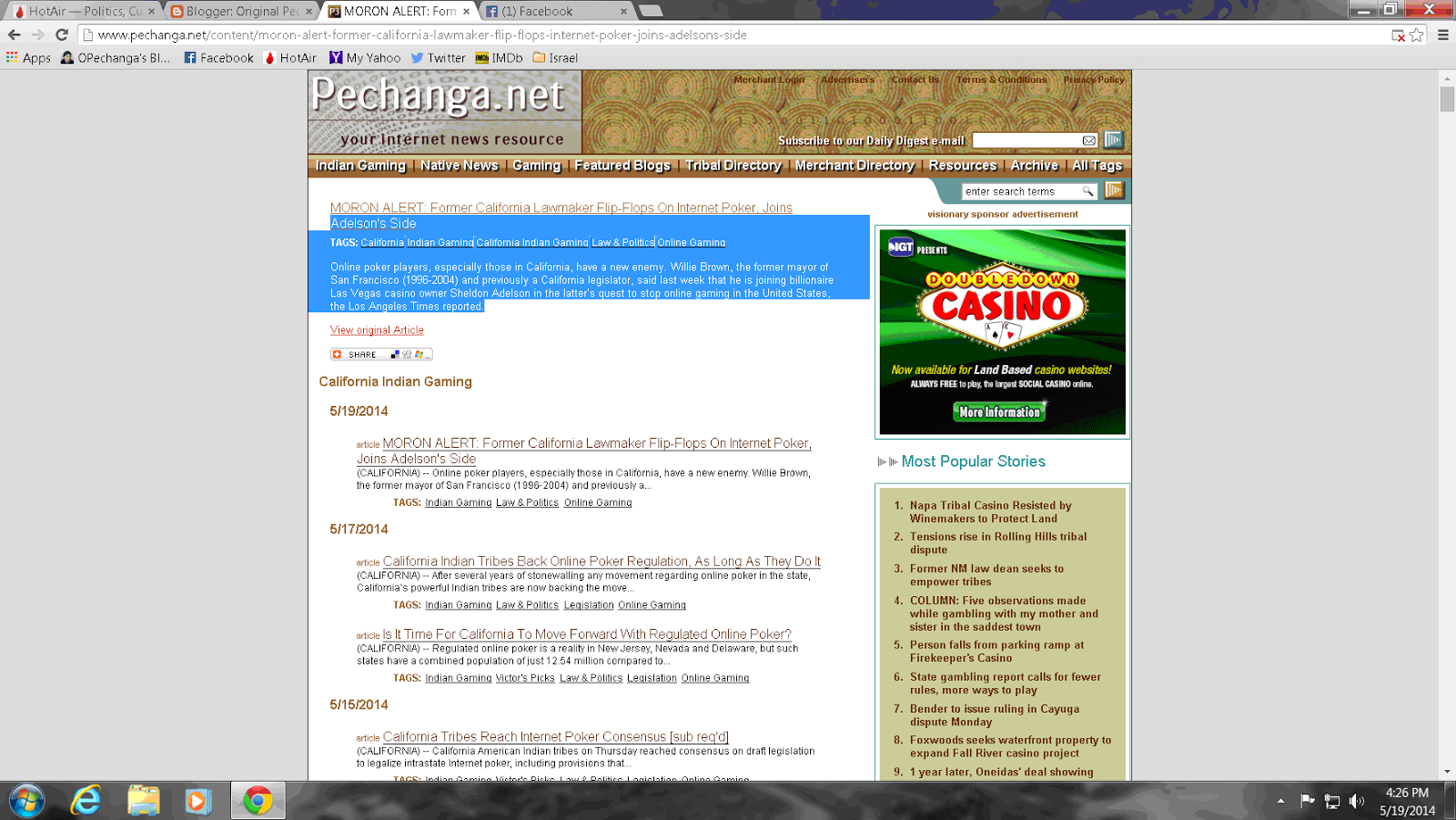 
Willie Brown, the former mayor of San Francisco (1996-2004) and previously a California legislator, said last week that he is joining billionaire Las Vegas casino owner Sheldon Adelson in the latter’s quest to stop online gaming in the United States, the Los Angeles Times reported. Brown’s commitment to the Coalition to Stop Internet Gambling is perplexing because of Brown’s previous work to support online poker legalization in the Golden State. Adelson Brown said he is the new national co-chair and California chair of Adelson’s coalition. “There are a multitude of reasons to oppose the expansion of Internet gambling,"

Brown said in an open letter about his flip-flop. “I was once on the wrong side of this issue—speaking for and supporting Internet poker—but I have since learned about some of the tactics used by online gambling companies to lure young people.” There are currently two bills in the California legislature that aim to legalize online poker—and online poker only—within the state’s borders. Both are up for consideration. California lawmakers held a hearing last month on the issue, which featured lots of expert testimony, but no action on either bill was taken. This year is an election year in California, so it’s unlikely either will pass before 2015.
Posted by OPechanga at 4:32 PM

If California does legalize online gambling, I hope that the tribes get none of the action. The promises of sharing with other tribes was all bullshit....instead, they reduced the per cap by kicking real members out that weren't part of the in crowd.

Moron alert, who the hell do you think you are Victor? F-stick! I think you got dropped on your head when you were young.

I guess when you have all that per capita ,you can call people moron's or whatever and treat them like shit.

Victor Cockroacha I want to remind you again that just because you have money to buy nice suits and people to write for your website does not make you intelligent and wise. Hard work and fairness will lead your footsteps to wisdom. I feel sorry for you Cockroacha you were mislead and then you let yourself go down the wrong road.