After the Aunt Becky  admissions scandal that sent many to jail, USC now partners with a tribe that violated the civil and human rights of it's own people, THIS CENTURY, not a historical trauma issue. 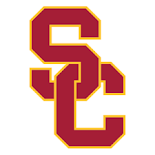 In what is being called a "first-of-its-kind agreement in California," Pechanga and the University of Southern California announced a new sponsorship agreement that includes money set aside for students.

Under the agreement, the Pechanga Resort Casino was designated as the official resort and casino of the USC Trojans and an official partner of USC Athletics. But the partnership stands apart from other Pac-12 schools and California casinos and tribes with the establishment of an "education alliance" and annual scholarship fund, according to Pechanga officials. As part of the deal, Pechanga has committed $200,000 per year to further students' higher education goals.   (OP: That's for what, FOUR students?)

"We are very excited about the scholarship fund and the opportunity to establish and deepen a formal relationship between the Tribe and the University," said Mark Macarro, tribal chairman of the Pechanga Band of Luiseño Indians. "This partnership will result in new and meaningful enrichment opportunities for Native youth."  (OP: This from a guy that eliminated scholarships for over 100 Native youth via the unconstitutional disenrollment. Which was against the Pechanga constitution.)

Posted by OPechanga at 9:16 AM