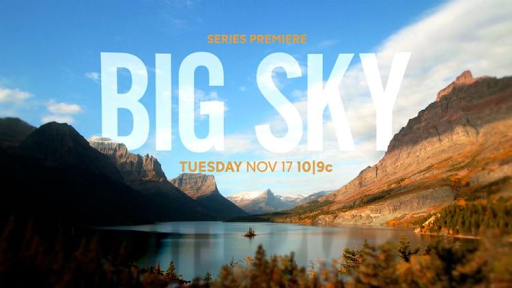 White women in jeopardy makes for good television and good press.  But ABC misses the chance to tell the stories of the thousands of MISSING and MURDERED INDIGENOUS WOMEN (#MMIW)  Wake Up Montana has the story   The passing of Savannah's Act, should have been a beacon on the issue of #MMIW

Native American groups urged ABC Studios executives to end their silence and engage with them in direct dialogue, cautioning against making token gestures to try to brush off how their program “Big Sky” miscasts the threat of violence against women in the region where the show is fictionally set.

The latest invitation to discuss the Missing and Murdered Indigenous Women and Girls crisis in Indian Country and remedy failures and shortcomings in the ABC series comes as eight more Indigenous organizations, representing hundreds of thousands of Native Americans, joined the growing coalition of educational and advocacy groups and individuals. The Native American groups suggested a safe, socially distanced meeting could be held in Montana, since the series is filmed in Canada.

In this latest letter to ABC, the groups wrote: We remain steadfast in our commitment to bring truth and justice for our missing and murdered grandmothers, mothers, daughters, sisters, nieces, and friends while fighting to bring them home. However, ABC’s erasure of our experiences undermines these efforts by rendering the crisis invisible to the broader American public and exacerbating the obscurity felt by our people, who remain unseen or overlooked on our own ancestral homelands.