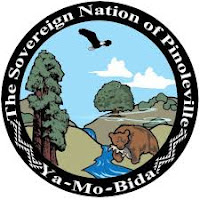 Pinoleville Pomo "leaders"  including Leona Williams being held responsible as INDIVIDUALS under the RICO act potentially..


The claims are explicitly alleged against the tribal defendants in their individual capacities, and JW Gaming seeks to recover only monetary damages on such claims.

If JW Gaming prevails on its claims against the tribal defendants, only they personally—and not the Tribe—will be bound by the judgment.

Any relief ordered on the claims alleged against the
tribal defendants will not, as a matter of law, “expend itself on the public treasury
or domain,” will not “interfere with the [Tribe’s] public administration,” and will
not “restrain the [Tribe] from acting, or . . . compel it to act.”  Accordingly, such claims are not shielded by the Tribe’s sovereign immunity.
Posted by OPechanga at 2:13 PM

It baffles me that the federal government has not used the RICO statutes to prosecute badly behaved tribal officials. They seem to have no qualms about enforcing labor law, but corruption? Meh. The notion that individuals can no longer hide behind 11th Amendment sovereign immunity is an important one and should be seriously considered by those who have been disenrolled or oppressed by tribal officials.

This lady, Leona Williams is also tied in with Robert Smith from Pala.