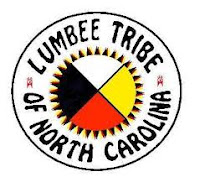 Vote Fraud, disenfranchisement or disenrollment at Lumbee Tribe? Or All of the above?

The Tribal Council speaker questioned Thursday why some people found out they were no longer on the Lumbee Tribe’s membership rolls when they tried to vote Tuesday.

Anita Hammonds Blanks said that two tribe members, possessing tribal enrollment cards, tried to cast their votes only to be told their cards, and thus their membership, had expired. Blanks spoke of others who voted in 2012, 2015 and 2016.

A few votes one way or another may not have made a difference in Chairman Harvey Godwin Jr.’s re-election bid, which he won by a landslide over his nearest competitor, Raymond Cummings, but a handful of votes could make a difference in other races, she said.   OP: It's not the total, it's the number

Blanks asked Legal & Compliance Officer Danielle McLean, who also oversees the tribe’s membership roll, if she had heard of these voting situations. McLean said she had not and asked if the voters with whom Blanks spoke had tried to get verification of their enrollment status while at the polling site.

Blanks said they had, only to be told again they were not on the tribe’s membership roll. Blanks said complaints about sudden loss of membership have come from all over the Lumbee territory, a statement that elicited nods of agreement from multiple council members.

“They would have to be physically removed from the roll,” Blanks said.