Looks like the NCAI has found a spine on the Certified Degree of Indian Blood issue we've discussed before, when rising indigenous activist Emilio Reyes brought it to our attention...and we published this story from noted Native Rights Attorney Gabriel Galanda  BIA's BLOOD TROUBLE

They are asking for a consultation, check that A MEANINGFUL CONSULTATION on the ramifications of the decision to drop the practice of issuing CDIB as manadated by law...They've screwed it up many times, including using Mexican Indians for some tribal affiliations  and allowing the PAPER GENOCIDE via tribal disenrollment.

GOOD on the NCAI, now get into the #STOPDISENROLLMENT fight.. 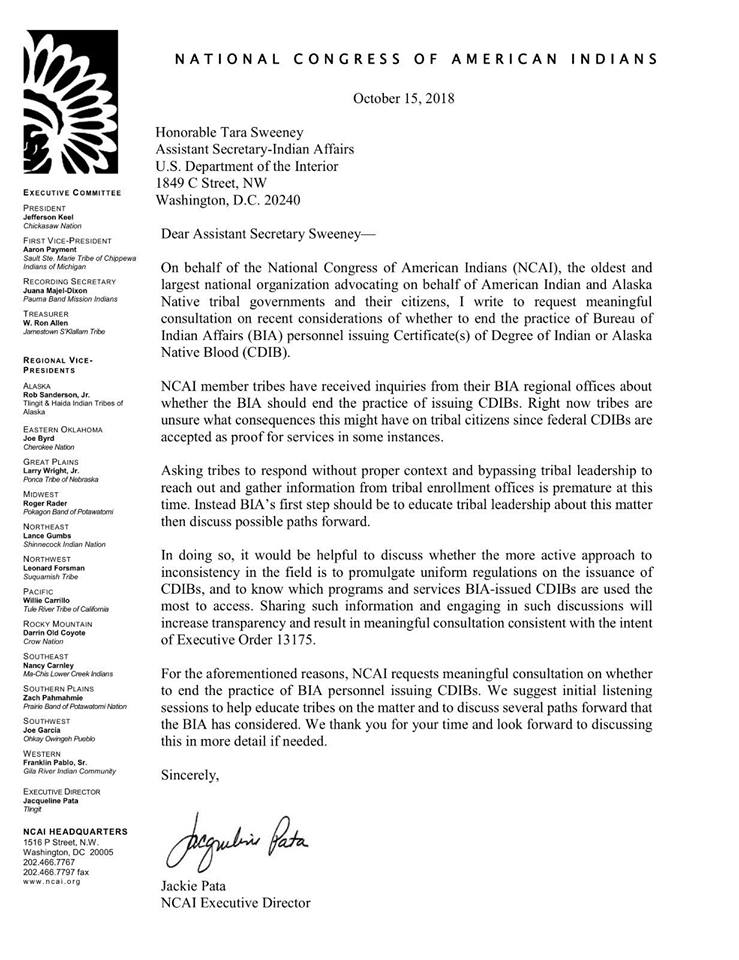 Key word here is meaningful. BIA consultations are rarely meaningful. The Bureau has an anti-Indian agenda. Their decision making process is always flawed.

The BIA aka Big Indian Assholes needs to be ended.
I think that the Regional Director, Amy Douchbag is the one pushing this issue to save her own ass for not issuing these Certs when requested by those that have been disenrolled by corrupt EC's that pay her under the table to not issue them.