I've moved this comment from our friend known as Reinstatement_Restitution where he said in response to Dr. Ken Hansen's post from yesterday on BIA MALFEASANCE in stifling self determination to it's own post... 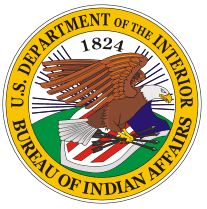 The problem is that the BIA is corrupt and BIA officials accept "contributions" in exchange for favoritism. The laws that govern recognition were fatally flawed because they allowed the BIA to delay or deny recognition so long that people would give up. The BIA recognized this and revised the Part 83 process so that it would operate to more quickly terminate tribes that apply for recognition. The political climate in America towards Indians is one of status quo. The tribes that currently exist can participate in federal programs and services, disenroll members, and reap the benefits of tribal gaming. New tribes had better have a treasure chest to buy influence or face termination.

Otherwise it is business as usual. Indians can commit crimes against other Indians without repercussion. The federal government's attitude is to let it be a free for all unless it goes outside the reservation. Investigations extend endlessly and never result in indictments. Federal Courts protect the sovereign immunity of corrupt tribal leaders. The BIA regularly colludes with tribal leaders to promote corrupt agendas. No one sees anything wrong with the status quo because those in power benefit from tribal leaders "contributions."

This has been going on for a long time. Congress does not care. Courts do not care. Federal agencies do not care. American citizens do not care. Indians do not care about what happens to other Indians. I don't want to sound pessimistic because there are other options to explore. Maybe there will be a break in the near future that will open the door to change. Look to the future...
Posted by OPechanga at 8:05 PM