The Drumbeats for Action on Disenrollment Abuses Begin Anew In 2016: Contact Senator Dianne Feinstein this week.

The campaign for action from our elected officials begins anew.  We are asking for all those affected over the last decade, to get back into the fight.  Differing factions need to focus on getting the needed cooperation from our politicians.   We are arrows in the quiver of justice for our ancestors.

We start tomorrow putting pressure to Dianne Feinstein urging her to offer hearings and listen to our cases regarding issues with the BIA and Indian Rights. Here is some helpful information... Please support by tweeting, sending emails, Facebook, calling and anything you feel the message will be delivered.


We choose Feinstein of California, as this is the state most affected. but ANY SENATOR on the Senate Indian Affairs Committee can be contacted. 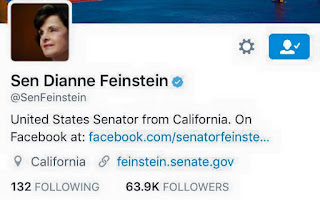 Here are the addresses, faxes and phone numbers for each of here offices: 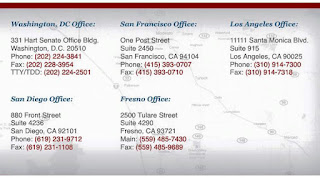 Sitting on the sidelines and HOPING someone will do something, is not the tactic that will have success.   YOUR becoming an arrow in the quiver, with your computer, your letters, can and will counterbalance the money spent from tribes.

Here is a sample letter you may want to use or adjust to your liking:

A report by the Government Accountability Office (“GAO”) referenced the fact that internal tribal disputes leading to “seem to be occurring more and more frequently” since the advent of casino gaming.

Such disputes have resulted in the disenrollment, which is the loss of citizenship in one's own tribe, banishment, denial of membership, stripping of voting rights, and/or denial of health/medical benefits of thousands of Indians.

In response to the growing number of these types of disputes, the GAO felt it was necessary and appropriate that nominees to the Secretary of Interior be asked how they would address such issues. Since most of the civil and human rights abuses have occurred under Democratic leadership, I believe it is also important to know how you, as one Senator in the state primarily affected, will work with individual Indians in trying to resolve or prevent such disputes.

Your role as Senator, to ALL citizens, should be to help facilitate an end to (1) internal tribal disputes that harm Native  Americans and (2)demand the protection and preservation of individual Indians’ basic rights in internal disputes.
The BIA has abdicated responsibility and are leaving it to the IBIA to overturn their decisions.  In fact, the BIA may be culpable in some of the misdeeds, as we've seen in the San Pasqual descendants issue, where Indian Affairs has allowed NON natives to control tribal interests.

In addition, do you believe that tribal sovereignty and the protection of basic individual rights are mutually exclusive of each other?  Should sovereignty be wielded like a club to beat the weak and defenseless?

I eagerly await your response to the questions raised above, and look forward to you setting hearings for California and finding true justice.

PLEASE, get involved, don't turn away from your family and friends....don't accept what corrupt tribal councils are doing.

Great Letter and if you can, add a little personal stuff to it. Let these Senators know that we are human, that this is causing us great depression, feelings of unworthiness, ask them to put their selves in your place, to walk in your shoes and really feel the impact of disenrollment, because right now these leaders look at it as "It's just another inter-tribal thing, no bid deal, their chairmen say they don't belong and why would we question that, their just troublemakers and want money". This is what they are constantly told by tribal leaders so they do not really get that it is a huge issue and it is destroying people's lives and livelihoods.

WE ARE HOLDING TO HER WORDS. CALIFORNIA NATIVES WANT JUSTICE!

Do you think she will turn a blind eye to one tribe but will help advance another, especially in the same region? Gimmie some of that "Datura" you're smoking so I can dream BIG also. The wheels of government move slow and Feinstein is over 80 yrs old. Her time is almost up. Don't be a sucker and fall for a letter from a 19 year old intern. The only way to justice is through the courts. Not a two faced lying Senator. Wake up PEOPLE!!! If you send this to 10 people God will grant you 1 million dollars.

What I think, when I see the comments of people like Anonymous 9:35 is that HOW ridiculous it is that someone will spend the time to write a comment trying to ridicule people who are fighting for their rights, but won't do a damn thing to help.

People thought Feinstein was old 20 years ago..she's STILL Senator. She's one of only TWO in CA. She can still get things done.

If the letter was written by an intern, let's use it to show the OTHER Senators what's going on.

I've made a difference, with TWO meetings in Congress. We defeated Pechanga's attempt to steal water.

JOIN in.....don't sit on the sidelines and don't listen to morons ..

I have just downloaded iStripper, so I can have the sexiest virtual strippers on my desktop.