For years we have been helping to publicize the Cherokee Freedmen Issue. A film titled BY BLOOD detailing the struggle to regain their treaty rights and hold the Cherokee Nation responsible, is now available on Itunes. 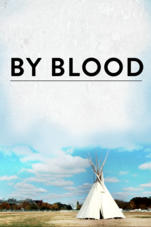 Though they were perpetually oppressed throughout America’s history, some Native American tribes were themselves guilty of oppression: they owned African slaves, a piece of American History that is often overlooked. After siding (and losing) with the Confederacy in the Civil War, the Cherokee Nation, among other tribes, signed a treaty with the Lincoln administration formalizing the tribal citizenship of its former slaves.

Learn by about the  CHEROKEE FREEDMEN ISSUE:
Posted by OPechanga at 9:34 AM