The REAL Purposes of Tribal Disenrollment and Terminating Citizenship

Bryan Galt, friend of ours from One Little Indian Reports, has such a good comment from a post near to the beginning of my blog, in 2007.  It still applies, so I'm bringing it forward for easier viewing . I've added my 2 cents worth. 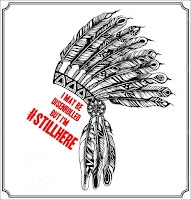 1. Removal of potential distribution competition: Each member of a gaming Tribe is usually entitled to an equal share of the Casino profits.

In the case of Chukchansi Gold, the casino has been averaging $4 million per month in payments to the Tribe over the past 18 months (as reported to me by a former Tribal Council member).

2. Removal of Native Americans from Federal obligation: Under current federal guidelines, almost every benefit that is available for Native Americans require that the person is a member of a federally-recognized Tribe or be at least 50% blood Native. The removal of so many people is helping the federal government to disband the BIA and save untold millions or even billion’s in assistance to Natives who are terminated.

Historically speaking for California, the 50% blood is extremely difficult to find any more since the California Native Americans were nearly wiped out.a. Spanish arrival in the late 1600’s through 1848: it is estimated that 100,000 Indians in California died during this period, reducing the population down to 200,000 to 220,000.b. The American’s arrive: in 1849, the gold rush began. In 1850 California became a state. In 1851 or 1852, California offered a bounty on the head of any dead Indians (men, women and children). In that year, 177,000 Indians were killed. From 1852 to 1900, the Indian population statewide dropped to just over 10,000 people (and that was counting all mixed race individuals down to 1/32 Indian bloodline).

OP: Any yet, my ancestor, Paulina Hunter was 100% Pechanga, as proved by Pechanga's expert. Already, Pechanga blood was diluted in other families, including Macarros.
3. To Add Insult to Injury: There have been several Supreme Court rulings that have determined Tribes can determine their own memberships. Not one of these rulings ever addresses the conflict of interest involved when kicking members off the rolls for money.

The Court states that only Congress has the power to change this rule. Unfortunately, Congress is the property of the gaming Tribes. In January 2007, the Senate voted to turn down a resolution that would have placed Indian Tribes into the same category as corporations and thus limit their donations.
Instead, the Tribes are able to donate any amount they wish to either party and to any incumbent or candidate they wish. The gaming Tribes donated more money than the AFL-CIO! This kind of feeding frenzy has virtually guaranteed the continuing spiral of the Tribes into smaller and more powerful groups. It is also guaranteed that the Tribes are going to be non-existent at that rate, which I believe is the ultimate goal of the federal government.

OP: Bryan, are you talking about the huge influx of CASH that Don Perata's campaigns got? Or Cruz Bustamante?  Remember, this was 2007 and Bustamante had to return the illegal contributions.

Historically, every action taken against any Indian Tribe and every law passed since the US was formed has had the purpose of bringing the “savages” into “civilized life” and that goal has not changed. The only change has been in the way the game is being played. Instead of the government taking directly offensive actions to “civilize” the Natives, the casinos are doing it at light-speed. The casinos are destroying the Tribes while forcing the Native’s to become part of mainstream society by cutting them out of the system once and for all. The government has the perfect cover: the Tribe made the decision, not them!I hope this helps you to see what is really at stake: the very existence of the Native spirit that once inhabited this land is on the verge of extinction.

The Native people are victims of ‘genocide on paper’ and as long as the money keeps flowing into the political coffers, it won’t stop until the Natives are no more (at least from a legal viewpoint).
As for the question regarding air time, the rules that you are referring to only apply to Presidential elections. Also, since Pechanga is a quasi-sovereign state, the rules would definitely have no bearing on them at all.
I have repeatedly suggested that there are enough disenrolled Natives in this state to mount a great counter PR campaign if only it were possible to get $10 to $20 a month from the entire group (more would be even better). However, for reasons that I don't understand, I have found that the vast majority of Native people I speak with don't want to put up a fight, especially if they have to help pay for it.Until that changes, the casino's are going to win every time.

OP: Sadly, this can't be the case, since many tribal members are thrown back into poverty, or for some into poverty for the first time and now on the state and federal doles.  More need to get into the fight, sometimes that only means sharing blog posts, commenting on news articles and telling everyone who will listen what happened to you and your family.   Bad press hurts business. We have to use all arrows in the quiver.....
Posted by OPechanga at 11:00 PM

wonder how much the government pays for their lawyers?

The term genocide is real. It's not real on the San Pasqual reservation because they still live on the reservation and get benifits. Don't be fooled.

Even though your current post is the truth, $$ really is the current enrolled members share at Pechanga. The current members send council members who violated membership laws and custom and tradition to represent them in other areas such as the Water settlement act. That is when the outside shined the light back on the band and said why should we settle with you? If the members really cared about the band and ALL members they would not let the corrupt actors to represent them. $$ is more important?

What benefits do the do the disenrolled of San Pasqual get.

I'm not sure what kind of math you guys are doing or where your getting your numbers but no Chukchansi tribal member has ever gotten a disbursement that large ever..... Unless they stole it.

This web site is a traffic exchange web site by which you can draw 100% genuine traffic to your web site or blog site. this is also a revenue share site.

This is a brief introduction which I think will be able to give you a basic Idea.

This web site is a traffic exchange web site by which you can draw 100% genuine traffic to your web site or blog site. this is also a revenue share site.

This is a brief introduction which I think will be able to give you a basic Idea.

Pechanga members aren't getting 32 thousand a month. You are basing your numbers on old figures.

Pechanga would get whatever $$$ they deserve as long as they honored ALL TRUE members rights and accepted the truth. Our Ancestors would appreciate that and we should really respect ALL our Ancestors.

If the NIGC were legitimate they would have kept Chukchansi Gold Casino closed forever.