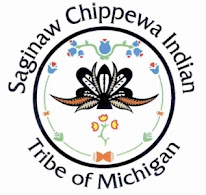 Thank you to Law 360 for providing the details  and all should subscribe and follow..
Law360 (October 15, 2020, 8:13 PM EDT) -- Disenrolled members of the Saginaw Chippewa Indian Tribe of Michigan have asked a D.C. federal court to restore their status in the tribe, alleging U.S. Department of the Interior officials violated federal law by refusing to step in to protect their rights.
Julia Cavazos and dozens of other disenrolled members of the Saginaw Chippewa tribe in their complaint Wednesday challenged a Jan. 30 decision by Assistant Secretary for Indian Affairs Tara Katuk Sweeney, in which Sweeney said the DOI didn't have the authority to help resolve the membership dispute.The ex-members claim they were all disenrolled from the tribe between 2016 and 2017 and cut off from receiving tribal services and cash payments owed under the 1986 Saginaw Chippewa Indian Tribe of Michigan Distribution of Judgment Funds Act, which established an investment fund for tribal members to settle land claims against the federal government.The Judgment Funds Act, or JFA, has a provision that bars the tribe from discriminating against members like the plaintiffs who are descendants of the Swan Creek, Black River and Saginaw Bands of Chippewa Indians and whose families had previously been denied membership in the tribe, according to the complaint.The DOI's Jan. 30 decision "nullifies the JFA's nondiscrimination mandate and is at odds with Congress' goal in the JFA: to ensure that all of the tribe's members, including those newly enrolled, share equally in both the JFA funds and any benefits from the use thereof," the disenrolled members said.The disenrolled members brought their suit after having an earlier challenge against the BIA's inaction on their 2016 petition dismissed in January 2019. U.S. District Judge Colleen Kollar-Kotelly — who has also been assigned the current case — had ruled the members were not challenging a final agency action as required by the Administrative Procedure Act.They followed through with the DOI following the ruling, ultimately seeing their petition denied by the agency in January.In their new suit, the disenrolled members say the DOI's denial ran afoul of Interior Secretary David Bernhardt's mandatory duty under the JFA to require the Saginaw Chippewa tribe to give them back their membership.Based on 1986 amendments to the tribe's constitution required by the JFA, it had to enroll any descendants of the Swan Creek, Black River and Saginaw Bands "of at least one-quarter degree Indian blood," according to the complaint.The tribal council abided by the JFA for about a decade, then "began a campaign to expel hundreds of tribe members who had either enrolled under the amended constitution or were the children of enrollees," including the plaintiffs, according to the complaint.The DOI's January decision also violates the APA because it conflicts with the requirements of the JFA, the disenrolled members said.Michael D. Sliger, who represents the plaintiffs, said in a statement Thursday that the DOI "continues to shirk its statutory duty to enforce the requirements" of the JFA, and "the myriad consequences of the department's dereliction of this statutory duty have been devastating for the plaintiffs, many of whom are tribal elders."Those effects include health benefits and per-capital payments, and "perhaps most significantly, the plaintiffs have been robbed of their heritage, identity and community," Sliger said.Representatives for the Interior Department and the Saginaw Chippewa Indian Tribe did not immediately respond to requests for comment Thursday. The case is Cavazos et al. v. Bernhardt et al., case number 1:20-cv-02942, in the U.S. District Court for the District of Columbia.

Posted by OPechanga at 5:35 AM