PAMUNKEY Tribe of VA: SOVEREIGNTY GIVES US THE RIGHT TO BE RACIST 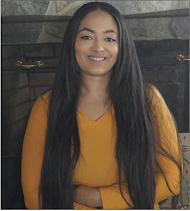 Should we ignore the racism of the Pamunkey Tribe of Virginia because of tribal sovereignty?  Should we accept it because of "tribal sovereignty"  This is a story not told and I'm sorry I'm just learning more of it.  The Richmond Free Press did the deep dive. My own tribe, Pechanga took my black cousins out of the tribal school, but I don't believe it was racism, just greed.

The exposure of the tribe’s racist past is largely the work of 30-year-old Essex County resident Jasmine N. Anderson, who has spent more than five years quietly working to gain recognition for herself and her relatives. They are members of the Dungee family that was banished from the tribe between 1865 and 1871 after a member opened a free school for newly freed slaves near the reservation.

That includes her six-times great-grandfather, Joseph Dungee Jr., and his brother, Jesse Dungee (also spelled Dungey and Dungy), a farmer and minister who represented King William County in the General Assembly from 1871 to 1873, and gained recognition as both a Pamunkey and as an African-American legislator.

The historical racism makes you wonder how people think.  But the young people, like Jasmine Anderson may lead the elders to the path of justice.

While most Virginia elected officials have ignored concerns about Pamunkey action to ex- clude her family, Ms. Anderson has garnered support from Wisconsin Congresswoman Gwen S. Moore, a member of the Congressional Black Caucus, who has urged the tribe to end its blockade of Ms. Anderson’s admission to the tribe.

“I am confident that we share the goal of seeing the ugly history of the Pamunkey Black Laws truly put to rest so that the Pamunkey Tribe and all its people can move into a prosperous future,” Rep. Moore wrote to the tribe in June.

Congresswoman Moore also has instituted an inquiry with the federal Bureau of Indian Affairs about the situation.

PLEASE READ the full article at the link above.  Share on Social Media.

This is exactly the stuff that goes on. My family was disenrolled from their life long tribe as well. Records from the military camps, rounded up and sent to another reservation, all thru the Indian Census' thru the Indian Reorganization Act and was on every tribal roll from its beginning of constitutions in the 60's... Why is it the first people only have 10 civil rights? Why can they not address their own governments? Why is one family more eligible than another family when they are cousins? Why is it when you are raised in the tribal community, but have less blood... geez... why are the Native People measured by the blood like animals with pedigrees? These are all ways to create genocide in paper... People need to wake up and stop this nonsense.

Pechanga even has an Asian chairman.