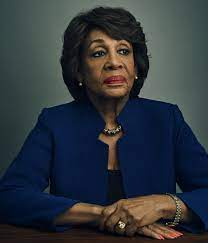 THANK YOU Rep. Waters for standing up for justice, where most of your collogues have ignored the issues of abuses of treaty rights and civil rights.

House lawmakers are considering legislation that would withhold federal funds from tribal nations who discriminate against Freedmen, the descendants of people they once enslaved.

"This is a fight that's about fairness and equality," Rep. Maxine Waters, chairwoman of the House Committee on Financial Services, said at the hearing. "For one minority group to discriminate against another minority group cannot stand. And as chair of this committee, I don't intend for it to stand."

fter the Civil War ended, the Five Tribes agreed to abolish slavery and grant Freedmen tribal citizenship rights under treaties signed with the US government. But in practice, Freedmen were often denied those rights and excluded from the tribes. To this day, they face hurdles to tribal enrollment, voting and access to federal services, among other issues.

The House Committee on Financial Services held a subcommittee hearing on Tuesday to discuss reauthorizing the Native American Housing Assistance and Self Determination Act (NAHASDA), a federal government program that provides assistance to tribal governments to support affordable housing and infrastructure.

Included in the draft bill is a provision that would require tribes to uphold their ends of agreements made with the US government and ensure full tribal citizenship rights to Freedmen before they can receive federal housing assistance.

Posted by OPechanga at 9:28 PM

LOL maxine water. She is one of the most racist and civil hater in all of america. maxine waters is for slavery, just not her slavery. She doesn't mind if you or I are slaves. Its called today Chattel Slaves.