Their had been speculation that the Washington NFL team might choose COLIN KAEPERNICK but alas (for them) NO.  Word was out that CK might not play for a team with a racially ugly nickname. 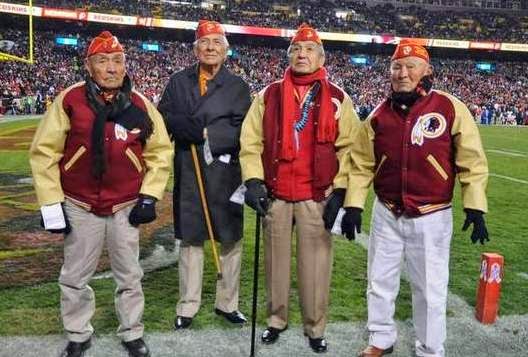 So with CK looking to stand on principal...Washington signs  Josh Johnson, seemingly scraping the bottom of the barrel.  Johnson, 32, has not thrown a pass in an NFL game since 2011, with the Tampa Bay Buccaneers. He is 0-5 lifetime in the NFL as a starter with five career touchdowns and 10 interceptions. He’s spent time with eight other NFL clubs and was recently selected as the top pick in the new Alliance of American Football League.

The use of the nickname REDSKINS  in MORE than a nickname, it's racist.  Though many sports outlets don't see it that way... and this years long flap and really low hanging fruit of an issue, makes us wonder why it gets so much press, but the issues of DISENROLLMENT, Civil and Human Rights Abuses get ...NONE

Posted by OPechanga at 3:19 PM