NCAI Beclowns Itself Including The Organization with CIVIL RIGHTS Groups. They Work HARD to AVOID DISENROLLMENT

Amazing, the largest Native American Organization, the National Congress of American Indians, that Prof. David Wilkins says has been MISSING IN ACTION on Tribal Disenrollment, INCLUDES itself with other Civil Rights Organizations.  REALLY NCAI? 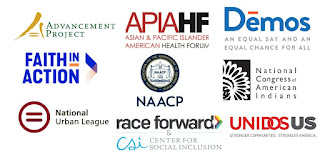 NCAI and 8 other leading national civil rights and racial justice organizations jointly condemn the ploy by the Washington NFL team trying to get a new stadium in DC through Congress.

SO STAND UP against THOSE civil and human rights violation... OR SHUT UP

Posted by OPechanga at 2:54 PM

A long time ago,the Elders told us that a new people (the light skins) would bring four mind changers to our land. These mind changers would place us in a time of being tested as Native people. The Elders told us that the mind changers would have the power to make us leave our traditional ways. These changers had the power to destroy entire tribes and make us turn on one another. They would take away all knowledge we had about ceremonies, raising families, songs, dance and all we knew about Mother Earth and all her inhabitants. Time to heal and put aside the colonizers bullshit.