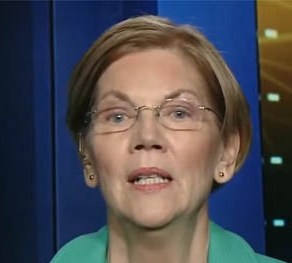 ELIZABETH WARREN, FAKE Cherokee and DNA TEST dumbell, MIGHT apologize for her trickery.  Emphasis on MIGHT.
You will FIND ALL of Elizabeth Warren's Ancestry, NONE of which includes CHEROKEE ..at Twila Barnes' website THOUGHTS FROM POLLY'S Granddaughter

Advisers close to Ms. Warren say she has privately expressed concern that she may have damaged her relationships to Native American groups and her own standing with progressive activists, particularly those who are racial minorities.

Several outside advisers are even more worried: They say they believe a plan should be made to repair that damage, possibly including a strong statement of apology…

The NEW YORK TIMES article didn't have the decency to link to the evidence, so it's linked above for you to read..and share.

The NYT interviewed Twila, even going so far as to say she was a PAWN for CONSERVATIVE MEDIA!?

"During the NY Times interview, I was questioned about the perception that I was just a pawn or mouthpiece for conservative media.

I explained that my goal is and has always been to educate the American public about who we Cherokees are and to share information about our history. I speak from the platforms I am given in order to do that. At this point, only conservative media has given me a platform.

The journalist then asked why I thought that was. I told him I believe the liberal media supports Warren and doesn't want to hear the truth about her false claim.

If anyone has a problem with my not speaking to liberal media outlets, they need to put that blame where it belongs -- on liberal media, not me."

BOOOM!  Liberal media protects and coddles Warren, while conservative media goes for the TRUTH.
Posted by OPechanga at 3:36 PM